Rainforest Foundation Norway welcomes major announcements at COP26 to save the world’s tropical rainforests, but caution that funding should only be given to those that show ambition and results.

At the current COP26 in Glasgow, world leaders and climate finance contributors have pledged in two separate statements that they will increase the support to end deforestation by 2030 and increase the funding for forest protection by Indigenous peoples.

“This is the largest amount of forest funding ever pledged and it comes at a crucial time for the world’s rainforests. The new commitments have the potential to speed up necessary action from both governments and companies. We hope this funding will spur the political changes needed,” says Toerris Jaeger, Secretary General of Rainforest Foundation Norway.

This "Global Forest Finance Pledge” has received the support from over 100 countries, that will commit to end and reverse deforestation by 2030, backed by a promise of over $19 bn in support and investments between 2021-2025.

“With big money comes big opportunities, but also great responsibilities. There is not time for baby-steps. Funding should therefore only reward real and substantial action taken by rainforest countries and those who respect the rights of Indigenous people and local communities. It is vital that this goal is followed up by immediate action and improved policies by all governments, Jaeger says, adding: “This is the chance for the governments of those countries with our last remaining rainforest to step up and show real, dedicated and ambitious action.”

In another declaration, countries and philanthropic foundations also committed to provide $1.7 billion to support Indigenous Peoples and Local Communities in their struggle to protect their traditional forests and land. “We commend these countries and private foundations for dedicating support to indigenous peoples and local communities, and to promise more direct support. We hope this pledge will encourage all donors to increase their commitment to indigenous peoples and local communities as they have proven to be the best guardians of the forest.”

In the report Falling Short, Rainforest Foundation Norway show that Indigenous peoples and local communities tenure and forest management initiatives only receive fractions of global climate funds, and that most of this funding never even reach the communities. This represents a missed opportunity for the world's rainforest, as the evidence shows that tropical rainforests are best protected when the communities living in the forests have recognized land rights that are respected by the outside world.Therefore, it is encouraging to see that the role of Indigenous peoples is recognised in this new pledge, Jaeger says.

“Forest conservation by indigenous people provides the world with a service worth billions every year. And they have done this practically for free. It is good to see that Indigenous Peoples forest management is no longer taken for granted,” says Toerris Jaeger, Secretary General of Rainforest Foundation Norway. Rainforest Foundation Norway have together with partners worked on cost-effective and scalable approaches to forest protection across the three major rainforest biomes based on Indigenous peoples’ land tenure. These programmes can protect 1.5 million km2, about 15% of all remaining rainforests across the tropics, by placing them under the sustainable management of indigenous communities. 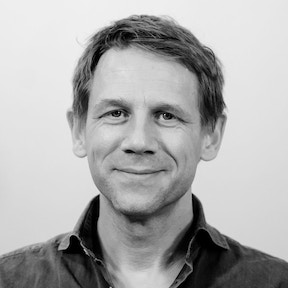