Despite its proven efficiency in protecting rainforests, Indigenous Peoples and local communities only receive a small share of funding for climate and biodiversity protection.

A new study by Rainforest Foundation Norway shows that Indigenous Peoples and local communities (IPLCs) tenure and forest management in tropical countries has received a small share of international donor funding over the last ten years — just $270 million per year on average.

This is equivalent to less than one percent of Official Development Assistance (ODA) for climate change mitigation and adaptation over the same period. It is also just 30 percent of what has been identified as needed for transformational tenure reform in just 24 tropical countries. The funding need for IPLCs forest management comes in addition.

“The science is increasingly clear. Indigenous Peoples and local communities are some of the world’s best forest protectors, and the climate, biodiversity, and sustainable development benefits of their forest management are massive and extremely cost-efficient”, says Torbjørn Gjefsen, senior climate policy adviser for Rainforest Foundation Norway.

Of the total funding for IPLC tenure and forest management, only a small fraction is likely to reach the Indigenous Peoples organizations and local communities themselves, as most of the funding flows through large intermediaries or part of larger programs. Of all the projects identified, only 17 percent included the name of an IPLC organization in the project implementation description. This amounts to an average of $46.3 million per year across the tropics.

"Donors must look for ways to support land tenure and forest management by Indigenous Peoples and local communities more efficiently, as too much of the available funding seem to get stuck in the development banks. The solution is more direct support where possible or through partnerships with organisations that have a track record of close relations with indigenous peoples and local communities”, says Gjefsen.

Relatively few donors prioritize IPLC tenure and forest management as part of their development aid. The United States and Norway have been the largest contributors in absolute terms, followed by other major donors including Germany, the United Kingdom, and Sweden.

Considering as a share of total Official Development Aid, Norway supports IPLC tenure and forest management at a far greater rate relative to its peers in Germany and the United Kingdom. Germany, the United Kingdom, and the United States have all signalled that they will increase funding to climate and biodiversity objectives.

“The growing interest in supporting nature protection is promising and provides an opportunity for significantly increasing support for indigenous peoples, both financially and politically, to enable them to enjoy secure land tenure over their customary lands and to continue to manage their land and forests sustainably”, says Gjefsen.

Research for this report was done by Indufor North America, led by Jeffrey Hatcher.

Summary available in other languages:

The study mapped ODA by using funding data reported to the international AID Transparency Initiative (IATI) from bilateral, multilateral, and private foundation donors to map funding flows for IPLCs land tenure and forest management. The IATI data was supplemented with data and other databases to fill reporting gaps where needed.

The data contained 2.7 million transactions between 2011-2020. These were filtered using a group of search word relevant to indigenous peoples and local communities, land tenure rights and forest management. This narrowed down the data to 485 000 transactions relevant to our search, meaning that they use a keyword listed above. Of this list there were 10,294 transactions that were classified as relevant to IPLC tenure and forest management in tropical countries. Project budgets were assessed along direct and indirect support to indigenous peoples and local communities. The finding presented feature only disbursements for direct activities.

The quantitative analysis was supplemented by an online survey with responses from 42 key informants from 18 countries representing 33 organizations including Indigenous Peoples Organizations, NGOs, and donors engaged in funding IPLC tenure and forest, to draw insights into funding gaps and opportunities, barriers, trends, lessons, and outlook on funding for IP tenure.

It was also supplemented with an analysis of key features of 13 relevant funding mechanisms via review of online resources and published independent evaluations. Selection of mechanisms was based on the following criteria:

a. At least 3 years of operations;

b. Has deployed over $1M in relevant funding; 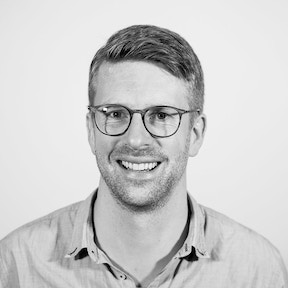