In a new report from Amnesty International, the meat producer JBS is accused of using cattle that have grazed illegally in deforested indigenous territories in Brazil. The report is backed up by a new study published in Science, that shows how millions of tonnes of Amazon deforestation products end up on European markets.

Through thorough case studies the Amnesty-report shows how meat from illegal cattle farms in the rainforest is ending up on the chopping block at JBS via so-called indirect suppliers. Due to the meat producer’s lack of monitoring systems, Amnesty claims that JBS is in violation of the UN guidelines for corporate social responsibility and human rights, as well as the meat industry’s so-called “beef agreement”.

"The Amnesty report is a significant piece of work, revealing how the cattle industry in Brazil is still an important driver behind deforestation in the Amazon, despite years of promises to the contrary, Øyvind Eggen says," Director of Rainforest Foundation Norway.

Claiming to be 99.9% deforestation free

JBS has systematically rejected the accusations of contributions to deforestation. A key part of JBS' defense has been to refer to annual verification reports from Norwegian DNV-GL.

On questions from Amnesty regarding compliance to international standards, JBS wrote: "Independent audits conducted over the past six years by leading auditors DNV-GL and BDO reveal 99.9% compliance with these standards overall. In 2019, 100% of direct purchases met our social-environmental criteria."

Similar claims have been made to other players. However, in-depth knowledge of the Brazilian cattle industry is required in order to discover what the DNV-GL reports do and do not report on. Over the last few months, Rainforest Foundation Norway has discussed this in detail with DNV-GL.

This week DNV-GL confirmed that their verification reports cannot be used to claim that JBS's products are deforestation free, and that they denounce the abuse of their reports. In a letter to JBS and Rainforest Foundation they state:

“It has been brought to our attention that JBS is using the report as proof that its total cattle sourcing practices are deforestation free. DNV-GL therefore sees it necessary to issue a disclaimer.”

DNV goes on to provide a thorough review of which risk factors they have not included in the verification report, including the extensive use of indirect suppliers.

“As such, the assessment report cannot under any circumstances be used as evidence of JBS being completely deforestation free”

The statement is one of the rare cases where DNV have publicly denounced their own reports or the abuse of them.

"We appreciate that DNV has taken a stand against JBS’s abuse of their reports by publicly detailing what the reports show and do not show. We also hope that the process will lead to even higher awareness of the possibility of such abuse in the future," Øyvind Eggen says, director of Rainforest Foundation Norway.

A widespread problem with cattle-driven deforestation is the extensive use of indirect suppliers, with the possibility of so-called "cattle laundering", greenwashing through forged documents.

More than half of the cattle sourced by JBS and their competitor Marfrig come from such indirect suppliers. However, this part of the supply chain was exempt from the verification work carried out by DNV. The omission created a basis for misuse of the reports and the misinterpretation of the situation for cattle-driven deforestation in Brazil.

"As long as the Brazilian government chooses to dismantle its own environmental regulations, the risk of being involved in deforestation and human rights violations is unfortunately greatly increasing in all trade and interaction with Brazil and Brazilian goods," says Øyvind Eggen.

Eggen believes that politicians and businesses in Europe should set extra strict requirements for both trade with Brazil and on products with a high deforestation risk such as soy, meat and leather.  The recent investor engagement, which contains five key demands for Brazil, is a good example of this.

"We and our partners believe EU and European governments should not enter into new trade agreements that can intensify the pressure on the rainforest or legitimise current Brazilian policy, at least not until these challenges are resolved," says Øyvind Eggen, Director of Rainforest Foundation Norway. 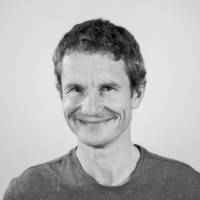