A new report from Rainforest Foundation Norway reveals how it is highly likely that top five European car manufacturers contribute to large-scale deforestation of the Amazon rainforest.

Transparency and effective traceability systems are close to non-existent in leather supply chains. The pictures are from a tannery owned by Durlicouros in Xinguara, in the state of Pará, where large parts of Brazil’s cattle production is located. Photo: RFN/Victor Moriyama

For the first time, the deforestation risk of the European car industry has been mapped out.

The report found that Volkswagen Group, BMW Group, Daimler, PSA Groupe* and Groupe Renault run a high risk of contributing to deforestation of the Amazon rainforest, by sourcing leather from big clients of Brazilian companies linked to large-scale deforestation.

Although Brazilian leather comes with a high risk of deforestation, none of the big car manufacturers have adequate policies or measures in place to avoid deforestation leather from entering the supply chain.

“Transparency and traceability are close to non-existent in leather supply chains, and it is highly likely that companies buying leather from the major Brazilian leather suppliers buy leather from cows that have grazed on deforested land. Currently, no one can prove that the leather they buy is deforestation-free,” Grønlund says.

Large amounts of leather to the car industry
The deforestation in Brazil has escalated in the past two years and reached a 12 year high in 2020, with over 1 million hectares of rainforest destroyed. Cattle raising is the one activity causing the most deforestation in the Brazilian Amazon. Brazil has the largest cattle herd in the world, and 80 percent of the leather is exported, nearly half of which is used in the car industry.

The report analyses 2019 and 2020 deforestation data in the buying zones of slaughterhouses and tanneries in Brazil connected to the specific trading flows between Brazil and manufacturers of leather components in cars in Europe.

The report found more than 1,1 million hectares of recent deforestation (2019 and 2020) in the buying zones of the slaughterhouses supplying the tanneries of JBS Couros, Brazil’s largest leather processing company.

The tanneries Vancouros was exposed to 0.80 mill ha of deforestation, Durlicouros to 0.56 mill ha, Fuga Couros to 0.47 mill ha, Minerva Couros to 0.48 mill ha, Viposa to 0.12 mill ha and for Mastrotto Brasil it was not possible to calculate the deforestation risk exposure. (Note that the buying zones of the slaughterhouses linked to the tanneries are partially overlapping, and the numbers are therefore not possible to summarize.)

All the top five car manufacturers are exposed to a minimum of 1,1 million hectares of recent deforestation through JBS Couros.

It is highly likely that all of the big five car manufacturers in Europe use leather originating from one or all of Brazil’s three largest meatpackers, JBS, Marfrig and Minerva, who, according to the report, are exposed to large-scale deforestation through their direct and indirect suppliers of cattle.

The report also documents evidence of cattle laundering, where cattle are raised on illegal, deforested land and moved and sold from farms with legal pasture to circumvent environmental legislation.

Companies are responsible for their supply chain

As well as deforestation, the report found illegal land grabbing and human rights violations in sampled supply chains. Peasant farmers in the vicinity of large cattle farms report having been shot at and having their homes burned to the ground.

“Pleading ignorance is no excuse. The car manufacturers are responsible for the products they sell in a million-euro-market. All companies using Brazilian leather must put in place systems for traceability from finished product and back to the cattle’s birth farm, Grønlund says and adds:

“Suppliers with direct or indirect deforestation or human rights violations in their supply chains must be excluded,”

“The EU has promised to take action to save the last remaining rainforests. Our report documents the need for new legislation to stop deforestation products from entering the European market. There is no time to waste,” says Anne Leifsdatter Grønlund, zero deforestation advisor at Rainforest Foundation Norway.

Brazil has the largest cattle herd in the world, with 214.7 million animals. Almost half of the Brazilian cattle herd is raised in the Legal Amazon, a region that also concentrates the largest slaughtering capacity in the country.

Over the past years, it is well documented that the large meatpackers in Brazil, such as JBS, supplying leather to the European car industry, are linked to deforestation.

Brazil is the biggest exporter of bovine leather in the world; as much as 80 percent of the bovine leather production is exported. Between 2018 and 2020, Brazil exported a total of 1.26 million tons of leather.

Most Brazilian leather is exported to China and Italy, the main hubs for the leather processing industry globally, before it is exported as finished leather or further refined products.

The tropical rainforest is the most biodiverse ecosystem on earth, and it's teeming with life. However, a recent study shows that only one-third of the original rainforest remains intact.

When the rainforest is destroyed, not only its valuable cultural and biological diversity is lost. We are also losing one of our most effective tools in the fight against catastrophic climate change. An intact forest is nature’s own technology for capturing and storing carbon dioxide and preventing it from being released into the atmosphere.

* The PSA Groupe recently merged with the FCA Group. The new company is named Stellantis. It is PSA Group that is studied in this report.

The report was commissioned from Aidenvironment by Rainforest Foundation Norway (RFN) 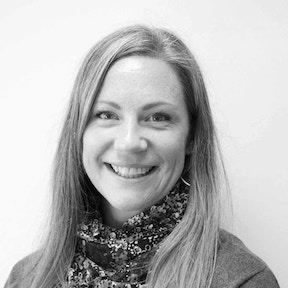