Tragically over-represented in the Covid-19 death toll, they were healers, storytellers, advisors, activists and leaders. Now they are gone.

“It is like the death of a whole library which guides the community” Marizete de Souza says, grandchild of Bernaldina José Pedro, who died late June at the age of 75.

A part of this experience comes to us all - that time when we have to let go of the oldest people in our families, and with them a part of our shared history and the understanding of what life was like before. What we are left with of the past to understand the present is pictures, writing and history books.

People all over the world are now mourning the loss of their old, as Covid-19 discriminates against age and diminishing health. Indigenous communities in the Amazon have not only been generally hard hit, they are now losing key members of their communities over a short period of time. To communities depending on oral transmission of knowledge and where elders hold a central role, the void is even greater.

Bernaldina José Pedro was exposed to the virus by her son, who also took her to the main hospital in the state of Roraima, in northern Brazil. Being ill with Covid-19 too, he was removed from the ward and she died alone without family around her.

“It is very hard. We are still suffering from the fact that we could not be there with her in her last hours,” Marizete says, who had to remain with her community in the Raposa Serra do Sol territory.

The community would usually make sure that the dying are surrounded by their closest family members, but having to follow WHO guidelines, it was not possible. Bernaldina was later buried in the main town of Boa Vista, a day’s journey from her home village of Maturuca.

“She has fought so much for this territory. We wanted to bury her here so that she could be put to rest in the land where she belongs, but we were not allowed,” Marizete says hoping that they will be able to move the grave in a few months.

Marizete is one of fifteen people who can rightly call Bernaldina ‘Granny’, although that is how she was referred to by most of those who knew her.

“She was so friendly and warm, and ready to share her knowledge about our culture and language and what it means to be indigenous,” says Marizete.

Granny Bernaldina was regarded as an expert in Macuxi culture, leading traditional dances, songs and rituals. She had a detailed knowledge of the history of the Macuxi people and the story of their origin. She was a healer too, using medicinal plants and oils.

But she was also an adviser in family matters as well as on political questions.

“The opinions of our elders really matter, and they are always included in community gatherings. She will be missed in this sense too,” Marizete says, adding: “She was a real warrior, always mobilising others to join the fight for our rights and territories”.

Bernaldina was deeply dedicated to the indigenous cause. In 2018 she travelled to the Vatican to meet with Pope Francis and deliver a message of concern about the destruction of her ancestral land by rich and powerful interests: “If we, people of nature, die, nature itself will die. That will be the end of the world,” she warned.

She travelled to Italy with the Macuxi artist Jaider Esbell; when he learned of her death he wrote: “After much fighting, the warrior must rest. … we remain here with your teaching, in particular the stubborn insistence to be positive in the face of sadness and loneliness.”

To Marizete, her grandmother’s death comes with responsibility. “No one can replace her role, but all of us who benefited from her wisdom feel a responsibility to hand her knowledge on to the next generation. We are all multipliers of her knowledge,” Marizete says.

A month earlier another deeply admired elder passed away. Feliciano Pimental Lana died at the age of 83 of complications related to Covid-19, in Rio Negro, further west in Brazil.

“Feliciano was friendly and generous, an easy person to get a connection with. He loved telling the stories of his people,” says anthropologist Aloisio Cabalzar.

He first got to know Feliciano when working with indigenous communities in Rio Negro in the 90s, and along with his wife Flora Dias Cabalzar, also an anthropologist, became close friends with the well-known artist and storyteller. Feliciano and Aloisio collaborated on several pieces of works and published a book together.

Feliciano grew up in a traditional longhouse in his village by the river, listening to his grandparents telling the stories and myths of his people, the Desana of São João. Later, he went to a Catholic school set up by missionaries and learned the language and the culture of the colonialists.

Like many of his generation, he worked as a rubber tapper, a gold digger and a gaucho, but it was his work as a storyteller and artist that brought his name and the culture of Rio Negro to museums on the other side of the world. His work is exhibited in the British Museum in London and the Ethnographic Museum in Berlin.

“Feliciano’s work touches and impresses people. No one else has his consciousness and no one else draws like him. It makes his work very special, on a global scale,” says Flora Dias Cabalzar.

The Cabalzars explain how Feliciano had a foot in each camp. He had grown up with the wisdom of the elders of a traditional and pure indigenous culture, and he understood the language and concepts of the non-indigenous culture too.

This meant that he was perfectly placed to tell the stories of his culture to the outside world. He collaborated with several anthropologists, and through his artwork covered a wide range of topics from nature, landscapes, life and work to myths, rituals and healing.

It was in particular the mythical universe and the story of creation that concerned him. “This idea of illustrating the storytelling in a complete chain; that is what he loved doing,” says Flora.

Feliciano Pimental Lana's drawings illustrating mythology, species of fish in the river, and healing transition in a small child.

To Feliciano's own people, his dialogue with the outside world was less important. To them he was a healer, not only in the medicinal sense, but in guiding them through transitions in life, for example when a child goes from breastmilk to solid food.

“Good healers draw on the inherited wisdom from their ancestors, the knowledge of the people, the region and the world. How all things, animals, people, landscapes, mountains and rivers come to exist. Feliciano knew all this,” Aloisio says.

He says that the Covid-19 pandemic has exacted a hard toll on the communities in Rio Negro, but many of the sick have also recovered. Many attribute it to the use of medicinal plants and traditional healing.

Covid-19 and indigenous peoples in Brazil

Brazil is the country in the world with the highest infection and death rates after the United States. The Johns Hopkins University Coronavirus Resource Center maps and updates global figures.

The death toll among indigenous people in Brazil was disproportionately high earlier this year compared to the rest of the country, this has now leveled off.

Older indigenous peoples are still among those who are particularly vulnerable.

The Brazilian organisation Instituto Socioambiental (ISA) believes the public reporting of infected and dead among indigenous peoples is misleading. 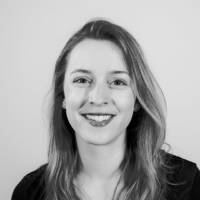