A record number of people were killed to protect the environment and land in 2019. Indigenous peoples are particularly vulnerable.

Paulo Paulino Guajajara was only 26 years old when he was shot and killed by loggers. He had a son. Photo: Patrick Raynaud

A new report from the organization Global Witness shows that 212 land and environmental activists were killed worldwide in 2019. This is the highest number since the organization began collecting statistics in 2012. Since the Paris Agreement was signed in 2015, an average of four people have been killed every single week. This number is now increasing.

Local communities around the world are protesting against carbon-heavy industries and exposing unethical business practices that destroy ecosystems and livelihoods. They are the frontrunners in the climate fight, but it can be life-threatening to rise up against large and powerful interests.

- Activists play a vital role in protecting ecosystems and the world's climate. It is abhorrent that the industries that are the worst drivers of environmental destruction allow fatal attacks on environmental activists, says Øyvind Eggen, Secretary General of Rainforest Foundation Norway.

Most environmental activists killed in Colombia

Colombia tops the list with 64 killings and accounts for almost a third of all killings of environmentalists in 2019. This is an increase of over 150 percent since last year's survey, and the highest ever measured by Global Witness. Half of the environmental activists killed in Colombia last year were indigenous peoples, who make up only 4.4 percent of the country's population.

Fear of threats and the fact that environmental activism might cost your life also leads many to refrain from raising their voices. This is something Angélica Ortiz of the Wayuu people of La Guajira, in northern Colombia, knows well. She is the Secretary General of Fuerza de Mujeres Wayuu and has been leading the protests against the large coal mining project El Cerrejon for a long time. In 2019 alone, she received six threats from paramilitary groups. She has asked the authorities for protection to no avail. Angélica Ortiz is among those who choose to continue the fight.

Despite the peace agreement with the FARC guerrillas in 2016, not everyone has laid down their arms. Local organizations report increased violence in recent years. Many of the conflicts are about land disputes.
- There follows an extra responsibility for Norway after being involved in the peace processes in Colombia for decades. Norway must intensify its efforts and ensure that human rights and environmental activists receive adequate protection, says Øyvind Eggen.

The attacks in Colombia have continued into 2020 and the quarantine during the corona pandemic makes environmentalists vulnerable alone in their homes.

The Rainforest Foundation has registered an increase in illegal deforestation in the world's rainforests during the corona pandemic. The quarantine has led to fewer public agencies monitoring illegal activities and land activists protecting the forest are even more vulnerable.

Attacks by loggers and deforestation are increasing

The report by Global Witness shows that extractive industries, agribusiness and logging are the deadliest industries to challenge. The sector with the highest increase in homicides globally since 2018 was logging, with 85 percent more attacks registered against activists who opposed the industry in 2019. During the year, 24 activists working to stop logging were killed.

On November 1, 2019, 26-year-old Paulo Paulino Guajajara was in the woods with the Guajajara People's Forest Guardians, a voluntary land and environmental surveillance force. They protected the indigenous territory of Arariboia in the state of Maranhão from loggers who illegally cut down valuable deciduous trees in the forest. Suddenly, they were ambushed by a group of lumberjacks. Paulo Paulino Guajajara was shot in the face and killed.

Rainforest Foundation Norway believes that the Ministry of Foreign Affairs must define the fight for the environment and indigenous peoples' rights as one of the most important issues on the government's human rights agenda.
- The Foreign Ministry's commitment has been only half-hearted until now. This should be a key issue in Norway's involvement in the Security Council. Norway must demand that all countries' authorities guarantee the safety of indigenous peoples and environmentalists. It must be central in the dialogue with the countries where the threat is highest, such as Colombia and Brazil, says Eggen.

He emphasizes that it is crucial that the work for the rights of indigenous peoples and environmentalists is financially supported, if the government is to succeed in its climate and forestry efforts.

Both the Global Witness report and the Rainforest Foundation's experience show that business interests are behind a large part of the harassment and killings of land activists. Nevertheless, social responsibility is still a set of voluntary guidelines for the business community, both globally and in Norway.
"Care and responsible business conduct must be enshrined in law, so that there are real sanction opportunities for companies that make money from violating the environment and human rights," says Eggen.

Rainforest Foundation requires that corporate social responsibility be included in the Human Rights Act in Norway.

- All businesses that import from abroad must perform due diligence analyzes, regardless of the size of the companies. One assassination of an activist is one too much. Companies must check whether they are involved in value chains that start with human rights violations, and take responsibility for this stopping. Consumers must state that they demand that all companies take responsibility, Eggen concludes. 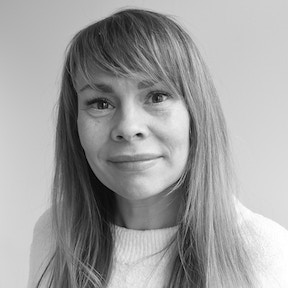