That, however, requires that salmon producers steer away from the only salmon feed producer with significant deforestation risk, i.e. Cargill Aqua Nutrition. RFN’s mapping reveals that only two of the ten enquired companies stay clear of the deforestation risk that Cargill imposes on their business.

The commitment from the Brazilian soy suppliers to the Norwegian salmon sector implies a ban on trading soy grown on land deforested after August 2020 and states an important example, adding pressure on the industry leaders such as Cargill and Bunge to follow. Cargill still refuses to commit to the same cut-off date but insists on continuing to trade deforestation soy until 2030. The pledge opens the opportunity for salmon companies to break any links to deforestation in their supply chain and become truly deforestation-free protein suppliers.

This in stark contrast to most large-scale animal protein producers, which depend heavily on soy from high deforestation-risk suppliers in their feed.

1) through the soy volumes.

2) through the soy suppliers.

3) through the feed producers.

The specific soy volumes that are used in Norwegian salmon feed have insignificant deforestation risk due to the ProTerra certification that cover all soy streams to Norway (due to the Norwegian government’s GMO prohibition).

With the recent pledge from the Brazilian soy suppliers and the Monitoring, Reporting and Verification system which they have agreed to, the deforestation risk embedded in the soy suppliers is also insignificant.

The only exposure to deforestation risk remains in one of the four main salmon feed suppliers that produce feed for the global salmon marked: Cargill. The salmon feed producers Skretting, Biomar, Mowi and Cargill use the same Brazilian soy suppliers and enjoy the same certified, deforestation-free soy volumes in their value chain.

In light of the new opportunity that the zero-deforestation pledge represents to produce “rainforest friendly” salmon, RFN conducted a market mapping to identify the salmon companies that utilise this opportunity and produce salmon with no links to deforestation. Among the 10 largest salmon producers, only two producers inform that they do not buy feed from deforestation giant Cargill, and thus have a value chain with no deforestation risk.

Well-informed about Cargill’s controversial behaviour, at least seven companies continue to support this deforestation giant with their feed contracts. Norway’s leading salmon producer, Lerøy Seafood, even signed a new contact with Cargill after RFN’s revelation of Cargill’s role in driving the record reaching fire season in Brazil in 2020.

Another two companies (Cermaq and Mowi) inform us that they do not use high risk feed supplier Cargill in the salmon production in Norway, but in other part of their operations globally.

Mowi has not disclosed whether or not they have commercial ties to Cargill.

Soy silos from the Cargill company in the city of Barra do Ouro in the state of Tocantins. Photo: Victor Moriyama/Rainforest Foundation Norway

Cargill’s soy operations in Brazil have frequently been linked to widespread deforestation and forest fires: In 2019, fires in Bunge and Cargill vicinity areas were higher than all of the other main soy traders combined. Moreover, Cargill ranks as one of the worst soy companies in tackling deforestation risk and its controversial operations in South America makes it among the top three soy traders with highest deforestation risk, according to Trase and the environmental NGO, Mighty Earth.

The same NGO has claimed Cargill to be “the worst company in the world” and frequently connects the company to ongoing deforestation and land clearance in the Brazilian Cerrado. The numerous and continuous documentation of Cargill’s role in driving the destruction of native forests in South America has been presented to Cargill’s customers within the Norwegian salmon sector.

Cargill’s links to deforestation is admitted by the salmon producer Grieg Seafood, as Cargill was excluded by a green bond issued by Grieg Seafood in 2020. However, Cargill continues to supply the remaining activity of Grieg Seafood. 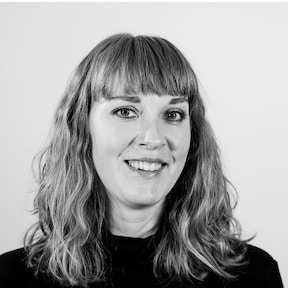