On 8 December Rainforest Foundation Norway was happy to learn that our Congolese partner CFLEDD (Coalition of Women Leaders for Environment and Sustainable Development) had just been awarded UNFCCCâ€™s Women and Gender Constituency Gender-Just Climate Solutions' Award under the category â€śtransformational solutionsâ€ť. The award aims to showcase real solutions for a more just, equal and healthy planet, and to highlight the work done by activists, grassroots and women-led organizations working on issues related to climate change. The awards ceremony took place on the sidelines of the UNFCCC Climate Change summit on 10 December in Katowice, Poland.

CFLEDDâ€™s winning project Â«supporting womenâ€™s land tenure rights by encouraging womenâ€™s participation in order to reduce deforestation in the DRC Â» is supported by Rainforest Foundation Norway. It spans four provinces of DRC and advocates the acknowledgement by national authorities and customary leaders of the rights of women to lands and forests. It also aims to strengthen their participation in climate action. Their efforts have led to the recognition of womenâ€™s role in forest management and community development, and the allocation of land for agroforestry projects.

â€śThis project is pioneering womenâ€™s tenure rights within REDD+ and climate change related policies in DRC. We are proud to see its impact recognized by the prize that was awarded to our partner. The acknowledgement of womenâ€™s role in forest management and economic development resulted in the allocation of land for agroforestry. This allowed them to be received by customary leaders and progress towards a change in gender relationships in access to land ownershipâ€ť, says Kevin Sasia, Rainforest Foundation Norwayâ€™s DRC Country Director.

â€śWe intend to integrate gender equality and womenâ€™s rights in the countryâ€™s land reform and implementation of REDD+ programmes. The impact is already visible in the four pilot provinces, and the chosen methodology can be replicated in other provinces and countries facing similar land and climate issues. We want to build on this successâ€ť, says Chouchouna Losale, CFLEDDâ€™s vice coordinator.

Thanks to UNFCCC Women and Gender Constituencyâ€™s Award, CFLEDD were invited to attend the global climate change summit, known as COP24, in Katowice, Poland. They will also benefit from one year of mentorship opportunities alongside Rainforest Foundation Norwayâ€™s continuous support. Their work is currently showcased at COP24 in Katowice by the Women and Gender Constituency and by the Climate Technologies Center and Network. 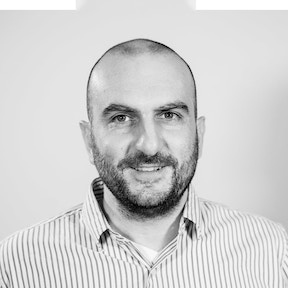