Bowing to massive protests from Brazilian civil society and intense international pressure, the Brazilian Congress this week decided not to submit the controversial "land grab law" to a vote.

For the indigenous peoples of Brazil, there's always been a steady stream of people and legal tricks to take away their territories and livelihoods. All photos: Araquém Alcântara/Rainforest Foundation Norway

The decision in the Brazilian congress on May 20 is a bitter defeat for the powerful "ruralistas"- a cross party coalition of deputies and business interests lobbying for an ever- expanding agribusiness. It is the second time in two weeks that this draft law has been stopped in its tracks by fierce opposition.

Relief for environmentalists and indigenous peoples

"It's a relief. Although temporary, this decision is a victory for civil society, indigenous peoples, and the rainforest. It shows that a global mobilization to protect the Amazon can succeed. Still, the international community must keep up the pressure on Brazil to avoid the law being passed at a later stage", says Rainforest Foundation Norway's director Øyvind Eggen.

The bill, named PL2633, if passed, would, in practice, give away huge tracts of public forests to land grabbers and give amnesty to past crimes of public land invasion and open up for further massive razing of the rainforest.

«We expect that the voting is postponed not for just one week. We expect Congress to act reasonably and not prioritize this bill of law before a broad debate with society can be held. The pressure on the Amazon is increasing despite the COVID-19 crisis. Approving this bill would just reinforce the idea that crime pays off", says Adriana Ramos, policy director at the Brazilian NGO Instituto Socioambiental (ISA)

In the last few days before the vote, the pressure was building on the speaker of the lower house, Rodrigo Maia, from different sectors of Brazilian society, from environmentalists to small farmers, scientists, labor unions, and public prosecutors.

On the eve of the planned vote, international pressure mounted: more than 40 European companies, including British retailers Tesco, Iceland and Marks & Spencer, Burger King, Scandinavian investment funds Swedbank, Storebrand and KLP sent an open letter to Maia warning of a boycott of Brazilian products and urging lawmakers to halt the bill.

"It's a relief. Although temporary, it shows that a global mobilization to protect the Amazon can succeed." - Rainforest Foundation Norway director Øyvind Eggen

German members of parliament sent a letter warning that greater deforestation and threats to the "rule of law or human rights standards that keep deforestation in check, undermine a safe climate, the world's biodiversity" could be a threat to "any trade agreement". In the end, the bill was withdrawn from the voting session.

"Governments and international business actors should step up their efforts to convince Brazilian counterparts to stop the destruction of the Amazon", Rainforest Foundation Norway's director Eggen says. "Brazilian commodities that contribute to deforestation should be avoided. Any trade agreement with Brazil should be contingent on clear commitments to avoid further rainforest destruction. We need concrete action now." 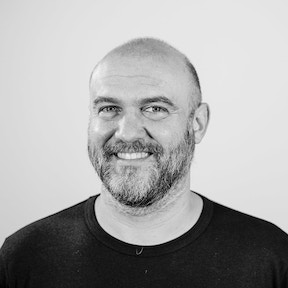