Through the 1 billion USD REDD+ agreement with Indonesia, Norway has played a key role in supporting Indonesia’s commitment to reduce green house gas emissions from the forest sector, which accounts for around 80 percent of the country’s total emissions.

President Susilo Bambang Yudhoyono’s pledge to cut green house gas emissions with 41 percent is of global significance, as the country’s emissions are the world’s third highest.

The 1 billion USD support provided by Norway’s Ministry of Climate and the Environment stands in stark contrast to the Ministry of Finance’ lack of environmental commitment. Last week, Norway published the 2013 annual report of the GPFG, the world’s largest sovereign wealth fund. The report shows that Norway invests 130 billion Norwegian kroner (21.5 billion USD) in companies from sectors known to be driving deforestation. 18.3 billion kroner (three billion USD) are invested in companies with coal mining operations in Indonesia. This is directly undermining the joint effort to protect the remains of the Indonesian forest.

“This is a double blow to the climate as it causes emissions from both deforestation and coal combustion”, says Vemund Olsen, head of Rainforest Foundation Norway’s policy division.

Every year, the Rainforest Foundation Norway exposes the Pension Fund’s investments linked to rainforest destruction. Recently, the Fund’s investment in coal has sparked political debate in Norway. Following the general elections in October last year, Norway saw a change in governments as the coalition led by the Labour party had to step down.

After eight years in power, the Labour party immediately took up its role as opposition leader and launched a controversial idea of divesting from coal companies. This idea, applauded by the environmental movement in Norway, was supported by a majority in Parliament, and the scene was set for an unprecedented move in the direction of a greener Pension Fund.

Unfortunately political reality has intervened. Respecting a cooperation agreement, the two parties (the Christian Democrats and the Liberal Left-party) supporting the current minority government (consisting of the Conservative Party and the Progress Party) made a deal with the parties in power who opposed the idea of divestment.

By voting against an immediate withdrawal from the coal sector, they secured the establishment of an independent panel to review the consequences of divesting from fossil fuel, not only coal. Should this be the end result after the panel reports back in 2015, the two support-parties can claim a huge victory.

However, chances are high that the initiative by the two support parties will be a failure. While divesting from coal companies would be of high symbolic value, divesting from all fossil fuels, on the other hand, would influence 10 percent of the Fund’s holdings and thus have a significantly higher financial impact on the overall portfolio. But what’s to lose?

An investigation by WWF shows that 28 coal companies in GPFG´s portfolio lost 28 percent of their market value in 2013. Simultaneously, Norway’s Green Party has calculated that the GPFG’s “green investments” gave an income return of 41 percent, three times higher than the overall yield of the Fund. Greening the Norwegian Pension Fund is thus a win-win solution – and a necessity if Norway is serious about rainforest protection and emission reduction.

“Through its investments in coal, the Norwegian government fuels the drivers of deforestation in Indonesia. It is about time that the managers of the Norwegian pension Fund present a clear strategy for reducing the Fund’s impact on tropical forests”, Vemund Olsen states. 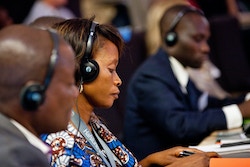 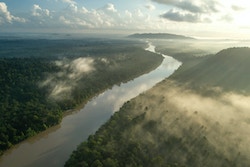