After this year’s raging fires, the official deforestation figures released annually by the Brazilian Institute of Space Science (INPE) were expected to be high. It has now been confirmed:

The so-called PRODES figures, which are released today, are satellite data from 1 August 2019 to 31 July 2020.

Today's numbers mean that deforestation in Brazil has increased year-on-year for the fourth consecutive year. Not since 2008 has the Brazilian rainforest suffered equal levels of destruction.

“The trend of skyrocketing deforestation continues and new deforestation records are set every year. This is alarming, and the world has to take it seriously, says Kari Asheim, Head of Policy at Rainforest Foundation Norway.

Eight years ago, Brazil was able to present the lowest deforestation figures since the measurements began. Brazil became emblematic of the possibility that the world’s rainforests can be saved through political action, corporate responsibility and international cooperation.

The Amazon is approaching the tipping point

Today, the picture is very different. That is bad news for the world’s collective effort to save the rainforest.

“These figures confirm the image that Brazil is one of the world’s most voracious rainforest destroyers. We simply can not afford that. The Amazon rainforest is by far the world’s largest rainforest and half of it is located in Brazil. To be able to save the rainforest and meet the world’s climate goals, Brazil will have to be the locomotive of these efforts,” Asheim says and continues:

“The deforestation is concentrated in specific zones of destruction that threaten to fragment the Amazon irreversibly, dooming the rainforest to extinction. These axis are often spread along the highways, existent or projected.”

Science suggests that we are about to pay a steep price for decades of Amazon deforestation. The rainforest is approaching a tipping point where large parts of the forest will be so damaged that it will be unable to maintain itself and collapse into a different and drier state.

This could cause major changes to other functions of the forest. One of the most important functions it serves is being a producer and distributor of rain over large parts of South America.

“It is likely that a damaged Amazon will produce less rain for the large agricultural areas in Brazil and Argentina. This could have grave consequences for crops and food security,” Asheim says.

Near three times higher deforestations than is permitted in environmental laws

However, it is not climate change or the collapse of the rainforest that have caused deforestation to increase in recent years. It is a result of changes in the political landscape in Brazil and the authorities' attitudes towards rainforest conservation.

The current government has taken  a number of measures that have contributed to increased deforestation and a weakened rainforest protection, such as;

Rainforest Foundation Norway believes that the rainforest also suffers from the rhetoric used by the authorities over the past two years, which has made no secret of the fact that the government supports other interests in most meetings with conservation interests.

“In sum, this has created a situation where more individuals and businesses carry out illegal deforestation as they see fit, free from fear of being prosecuted", Asheim says.

Rainforest Foundation Norway sees no reason to believe that deforestation will be reduced before the underlying causes are solved. On the contrary, Asheim warns that it could get even worse before it gets better. This is because the majority of the deforestation taking place is still illegal under Brazilian law.

“If those who illegally cut down the forest find that they can do this year after year without being prosecuted, it is hard to see how they will  decide to stop next year. We have every reason to fear that this environmental crime will increase, unless the authorities take it seriously, says Asheim.

"All countries and businesses with ties to Brazil should state clearly and unequivocally that the deforestation figures we are presented with today are deeply disturbing, and that they expect the Brazilian authorities to do what they can to reverse the trend. Many are doing a good job, but far too many are still far too passive", says Asheim. 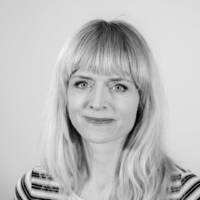