A new review finds that the five largest rainforest countries can deforest 20 million hectares of tropical forests over the next decade combined, with emissions of 10 gigatons of greenhouse gases, and still be within their Paris Agreement contributions (NDCs).

“Unless these five countries increase their ambitions to end deforestation, the 1.5-degree target risks falling out of reach and looming tipping points for vital ecosystems move even closer”, says Anders Haug Larsen, head of policy at Rainforest Foundation Norway.

A new review by Rainforest Foundation Norway (RFN) of the NDCs of Brazil, DRC, Indonesia, Peru, and Colombia, shows that none of them are planning to end deforestation by 2030 - a goal all of them except Brazil has signed on to as part of the New York Declaration on Forests. This is important as the destruction of tropical rainforests needs to end by 2030 to meet the Paris Agreement’s goal of keeping global warming at 1.5 degrees. Heads of State from all five countries except Peru is invited to speak at the Leader’s Summit on Climate Change hosted by President Biden on April 22nd, focused on raising the world’s climate ambitions.

All countries are encouraged to submit new and more ambitious NDCs, to help close the emissions gap and bring the world in line with the 1.5-degree target. Brazil, Peru, and Colombia submitted new NDCs in 2020, while Indonesia and DRC have not. Unfortunately, Brazil has backtracked on previous ambitions instead of increasing them. RFNs analysis indicate that Brazil’s NDC could lead to at least 10 million hectares of deforestation in the Brazilian Amazon alone, continuing the deforestation-level as today.

“By recalculating its baseline emissions, Brazil has managed to give itself a free pass to dramatically increase emissions. The new NDC allows Brazil to emit 3.4 gigatons more CO2 over the next decade than its previous climate commitment did. As most emissions stem from deforestation, this will enhance the already critical situation for the rainforest,” says Anders Haug Larsen.

The good news is that Colombia and Peru have increased their ambition, most substantially in Colombia, though this is not enough to offset the reversals in Brazil. Nor is it enough to end deforestation in Colombia by 2030.

“Colombia’s increased ambition includes reducing annual deforestation to 50 000 hectares, a reduction of 85% from 2020 levels. This is a significant improvement of ambition, but as deforestation in Colombia is currently increasing rapidly, new measures to curb and reversed this trend needs to be introduced quicky”, says Anders Haug Larsen. 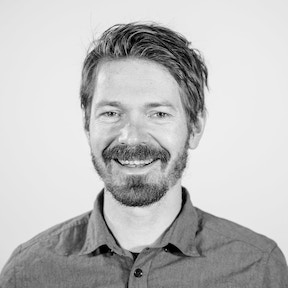