The luxury hotel group Mandarin Oriental is closely tied to a company that has cleared vast areas of rainforests, and is helping drive the Sumatran elephant to extinction. Norway’s pension fund invests 540 million USD in related companies.

Mandarin is owned by the Jardine Matheson conglomerate. Mandarin’s chairman Ben Keswick is also the chairman of Jardines and commissioner of the Astra Agro Lestari palm oil company. Astra has cut down 14,000 hectares of forests since 2007 to make way for palm oil plantations. In addition, the report found that Astra is responsible for clearing 27,000 hectares of ultra carbon-rich peatland since 2009. That clearing has released an estimated two million tons of climate pollution – about the same as annual emissions from 830,000 cars.

Even among palm oil companies, Astra stands out.

An Astra senior Director, Joko Supriano, is head of the powerful Indonesian Palm Oil Producers Association, GAPKI, and in that role has been a leading voice for weakening forest conservation measures. Supriano denies that clearing forests for palm oil hurts orangutans or the climate.

– Even among palm oil companies, Astra stands out. While much of the palm oil sector has transformed itself through No Deforestation, No Peat, and No Exploitation commitments, Astra is the leading advocate for continuing to cut down forests. We think that most Mandarin Oriental hotel guests aren’t fans of rainforest destruction, said Hanna Thomas, palm oil campaigner with SumOfUs.org.

Astra’s practices caused the Norwegian government pension fund, the world’s largest Sovereign Wealth Fund, to divest from the company in 2011. However, the fund still has 540 million USD invested in Jardine Matheson and its subsidiary companies.

– We applaud the pension fund for taking early action to withdraw its support of Astra’s deforestation. Now it needs to complete the job by using its shareholder power to get Astra’s owners to cut their ties to deforestation, said Lars Løvold, Director of Rainforest Foundation Norway.

Astra has announced plans for a new palm oil mill in the middle of Sumatran elephant and tiger habitat in Aceh, Indonesia. The company has 1,100 hectares of palm oil planted in the region, but industry experts say a mill is typically supplied by 5,000 hectares of plantations – which strongly suggests that nearby elephant and tiger habitat is at risk of being cut down for more plantations.

The Orang Rimba have lost their traditional natural resources because their forests have been changed into transmigration areas and oil palm plantations.

– Jardines and Mandarin Oriental are driving destruction of our country’s forests through their control of Astra. The Indonesian government needs to take firm action to end deforestation like Astra’s, said Azmi Sirajuddin, Programme Manager with Yayasan Merah Putih, an Indonesian non-profit that works to empower local communities in Central Sulawesi.

Some of Astra’s plantations have had major impacts on indigenous communities in the area. The Orang Rimba live in Indonesia’s Jambi province, and their culture and livelhoods are closely connected to the forest. However, one of Astra’s plantations took over their customary lands, and hundreds of people live there in precarious circumstances.

– The Orang Rimba have lost their traditional natural resources because their forests have been changed into transmigration areas and oil palm plantations, one of which is the oil palm plantation of PT Sari Aditya Loka (PT SAL), a subsidiary of Astra Agro Lestari. Orang Rimba have been driven from their land because of these changes. When they return to this are they are often accused of stealing palm fruit and get evicted by the palm oil company security, said Diki Kurniawan, Executive Director KKI WARSI.

The She’s Not a Fan campaign is mobilizing hotel guests and consumers around the world to call for an end to Mandarin Oriental’s deforestation. For the full report and recent video and photos of Astra’s deforestation, visit www.ShesNotAFan.org. 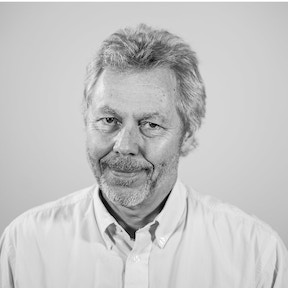