Enormous emissions of greenhouse gases and the destruction of intact rainforest could be the result once the controversial construction of the largest palm oil plantation in the world gets underway. An area of rainforest almost twice the size of London could be cleared in Papua province in Indonesia.

Destruction of the rainforest has already begun as a consequence of the project, which is planned to become the world’s biggest palm oil plantation, covering an area of 2,800 square kilometres. The area staked out for deforestation is in the large Boven Digoel Regency, situated in the centre of the island of New Guinea. The Tanah Merah Project is controversial, and there are strong suspicions that the original permits for it were falsified. Nonetheless, Indonesian authorities have decided to allow the project to continue.

Rainforest Foundation Norway and its partners are on the case

Rainforest Foundation Norway (RFN) supports a number of local organisations which are engaged in documenting deforestation, both on the ground and with the help of satellite-based surveillance technology. The organisations are also carrying out investigations to reveal the owner structures behind the project, to enable the following up of the legal aspects of the case. Concurrently efforts are being made to enlighten the media about developments, to help exert political influence on the processes. The local authorities have made a commitment to preserve 70% of the province’s rainforests and ensure that environmental legislation is upheld. This is an important test case to see if that promise holds good.

"In the past, projects like these could proceed with impunity due to their remoteness and the inability of local communities to fully understand what is happening. Today, with the rapid advances satellite-based forest monitoring, the world can now see what is happening in these faraway forests on weekly basis. In addition, local communities are increasingly connected to the world and are in a better place to determine threats and benefits. The opposition to this massive and illegal project is growing and we are optimistic that too many barriers to further development are being created and a huge area of tropical rainforests can still be saved." , Chip Fay, special adviser to RFNs Indonesian team, explained.

The project is potentially worth enormous sums of money – six billion US dollars from the timber alone. This prospective wealth has attracted a number of investors who have come and gone since the project first saw the light of day in 2007. The project is controlled by several different business interests, and many of the investors have covered their tracks so that, in many cases, it is difficult to know who is actually behind it.

Now the Digoel Agri Group has been given the rights to parts of the project and, although the allegedly fraudulent permits have not been officially reported and investigated, they are already underway with deforestation.

Franky Samperante, the director of Pusaka, an Indonesian organisation which advocates for indigenous people’s rights, said in a statement to the website Mongabay that the respective Indonesian Ministries of Environment and Forestry must re-evaluate the permits for the project. He emphasised concern over the failure to investigate allegations of investors falsifying documents.

A threat to the local community

Environmental and human rights organisations have expressed concern that the legal basis for the project and its environmental and social impact were not examined in sufficient depth before the new permits were issued. It appears that such projects often start up without the local community being given access to the facts about the consequences and without their desires and needs being taken into account when decisions are made. The companies behind the projects often make promises of development which they do not carry out.

The local community is divided in its views about the development. A minority, who receive economic benefits from the projects, as well as those who desire the promised development of roads and infrastructure, are for it. But the majority are protesting against the development, as they can see that the rainforest and their culture are under threat.

This case illustrates the challenges faced by the current Indonesian government after several decades of insufficient regulation of palm oil plantations. The government’s desire to restrict deforestation and the emission of greenhouse gases is in conflict with a desire for economic growth.

Despite the fact that Indonesia has made a commitment to halt deforestation and limit emissions of greenhouse gases, the rainforest is still under threat.

Sources: Mongabay and The Gecko Project

The island of New Guinea is divided between Indonesia and Papua New Guinea. Illustration: The Gecko/Earthsight.

The island of New Guinea consists of West Papua, a part of Indonesia, and the independent state of Papua New Guinea, in the east.

The island’s rainforests are relatively untouched and contain an enormous diversity of plant and animal species. 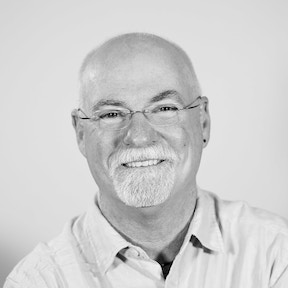