Environmental defenders in Colombia must be protected!

Colombia has the second largest biodiversity in the world, but defending it can be deadly. 177 environmental activists were killed last year.
Banded Robber Frog, photographed in Putumayo, by Thomas Marent

Thousands of environmental activists are expected to gather in 13 counties throughout Colombia on World Environment Day, 5 June. Among their demands are a halt in the rising deforestation and increased protection of environmental defenders.

The environmental demonstrations are taking place after violent and widespread demonstrations have raged in Colombia for over a month. What started as peaceful protests against a tax reform that protesters feared would plunge large proportions of the population into deepened poverty, were met with live ammunition by police and army. At least 59 people have been reported killed so far and more than 2300 injured.

“We are deeply concerned about the brutal violence against peaceful protesters over the past month, and the attacks on peaceful environmental defenders. The violence must be stopped, investigated and prosecuted,” said Borghild Tønnessen-Krokan, senior advisor at Rainforest Foundation Norway.

Life on the line

Although there is a strong environmental movement in Colombia, getting involved is not without risk. “Our partners and many others work tirelessly to ensure a better future for Colombia, but in doing so they are putting their lives on the line, both during the demonstrations and in their daily work to protect the rights of the Amazon and indigenous peoples,” she continues.

Last year, 177 environmental defenders were killed in Colombia, according to the human rights organization Front Line Defenders. The UN and organisations, such as Indepaz, report that murderous assaults have continued into this year.

Farmers and indigenous people demand peace and the right to be consulted in matters of rainforest protection. Photo: CORDOSAC

It was after massive mobilisation from Colombian organisations led by Ambiente y Sociedad - AAS that the Colombian authorities signed the Escazu Agreement in December 2019. The agreement has not yet been ratified, and the opposition to the agreement has been strong among Colombian business interests.

Following the peace agreement in Colombia, deforestation increased sharply. In 2020 it increased by as much as 44 percent compared to 2019, according to figures from the University of Maryland, published earlier this year.

Now, the race for the Amazon's latest natural resources is underway, while the world's largest rainforest is approaching a critical tipping point.

Demands to the Norwegian government

Rainforest Foundation Norway has, together with other Norwegian organisations, asked the Norwegian government to: 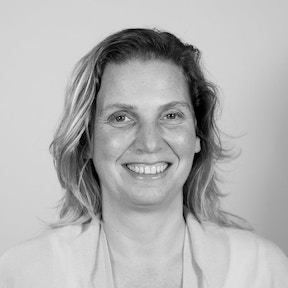