When the Corona crisis happened, Rainforest Foundation Norway’s partners were among those who were best placed to reach vulnerable groups in the rainforest.

Oxygen-supplies has been provided for this group from the Yanomami Indigenous people. Photo: ISA

Rainforest Foundation Norway conducts long-term advocacy work at the crossroads between environmental protection and human rights. Emergency aid and crisis response are usually not on the agenda.

As the corona epidemic approached the world's rainforests in March, however, it became clear that the Rainforest Foundation Norway had a unique role to play.

“Our cooperation with local organisations gives us access to the most remote and vulnerable rainforest areas that would not otherwise be reached. These are the homes to groups which must be given special consideration, such as isolated indigenous tribes”, says Rainforest Foundation Norway advisor Aina Grødahl.

History has shown how hard these communities can be affected by disease from outside. When the news of the corona infection spread, many indigenous groups went into voluntary isolation in the forest. There was a need to provide food supplies, infection control equipment and medical equipment, in addition to adapted information about infection control from sources that indigenous peoples trusted.

“The need was urgent, and we feared that entire indigenous communities could perish. Our partners quickly adapted to specific, local needs”, says Grødahl.

She leads the Rainforest Foundation Norway’s corona work, which supports organisations in areas where the infection is widespread, especially Brazil, Colombia, Peru and Indonesia. The group is also following the situation closely in Myanmar, the Democratic Republic of the Congo and Papua New Guinea. In addition to financial support, Rainforest Foundation Norway assists in coordinating and exchanging experiences between the various locations, and contributes with advocacy work.

When the first coronavirus case was reported on April 26 in São Gabriel da Cachoeira, people were scared. The city is located in the upper Rio Negro region in northern Brazil, and the only way to get there is by river boat or plane. The health service is minimal. For the population of 45,000 people, of which 90 percent are indigenous, there was no intensive care unit.

“There was no point in waiting for help from the federal government. Then people would die. We feared we would witness a genocide”, says Juliana Radler, who works in Instituto Socioambiental (ISA), one of Rainforest Foundation Norway’s partner organisations.

Together with other representatives of local and national organisations, indigenous leaders and the military, a Covid-19 working group was set up. It disseminated information on infection control in relevant indigenous languages and coordinated emergency relief work.

With the help of international donors, they established 13 indigenous primary care units around the region with the possibility of providing oxygen treatment. - With funds from the Rainforest Foundation Norway, we were able to implement the logistics and communication operation and provide food in the wards during the emergency, Radler says.

It has been a demanding emergency relief operation to reach out to 750 indigenous communities in the region with food and medical equipment. The distances are great, and waterfalls that punctuate the rivers mean that not all communities can be reached by boat.

When the Rainforest Foundation Norway talked to her at the end of July, Radler said they have still over 360 proven cases of Covid-19. In three months, 48 people have lost their lives, but over 2800 identified infected people have recovered. For the past three days, the intensive care unit at the hospital in São Gabriel da Cachoeira has been without patients. “Now it feels like we have turned a corner”, says Radler.

She says that this is the first time that organisations, shamans and public institutions have put politics aside and worked together inside a crisis committee to respond to an emergency of this magnitude in the region.

“With the Brazilian army, for example, we have met daily and collaborated on logistics. I think it is because of this work that we have succeeded in fighting Covid-19”, she adds.

Essential supplies of food and posters with information about Covid-19 is distributed to Indigenous groups. Photo: Raquel Uendi/ISA

Rainforest Foundation Norway's partners carry out similar operations in other countries. In Colombia, more than three tonnes of emergency supplies have been distributed to vulnerable indigenous peoples. Packages that ensure people can isolate include fishing hooks, nylon, salt, soap, lanterns and wicks enable a family of five to live self-sufficiently in isolation for two months.

In total, partner organisations in the eastern part of the Colombian Amazon, where the situation is the most critical, will reach a total of 3,600 families in 13 indigenous territories.

In Indonesia, Rainforest Foundation Norway's partners work on information campaigns and food safety and to distribute sanitary and protective equipment.

“The fall in rubber prices has had a major economic impact on us and we strive to get enough food. We don’t dare to go to the markets to sell forest products for fear of becoming infected”, says Nyenong-Orang Rimba.

He is a group leader of the Serengam community. They are nomads residing within the eastern part of Bukit Duabelas National Park in Sumatra.

Rainforest Foundation Norway's Corona work will continue throughout the summer and into the autumn.

“A long-term effect is that we support the local population so that they can preserve their culture, continue to fight for their rights and protect the rainforest,” says Aina Grødahl, adding:

“This is equally important now, because we see that various authorities, private enterprises and criminals are trying to exploit the situation to their advantage. They should not be allowed to do so with impunity”. 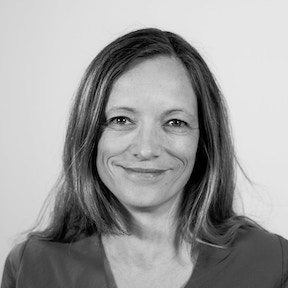