Pandemic surge in the Amazon

Fear is gripping Indigenous groups as Covid-19 is rapidly advancing to some of the most remote communities in the Amazon rainforest.

While the Peruvian government has put certain regulations in place to protect Indigenous people from the Covid-19 pandemic, many feel that it is too little too late. On 21 May, members of the Shipibo community of Cantagallo, in the Rímac district, filed a claim with the Constitutional Court in Lima arguing that the state is not guaranteeing the right to health for Indigenous peoples in the context of the Covid-19 pandemic.

“We need water, basic needs. We are isolated, we feel imprisoned. We have lost three brothers. They had to die in order to receive attention from the Ministry of Culture,” their leader Vladimir Inuma said in a video stream during the hearing.

He continues to say that he hopes that their demand will benefit not only his community, but also the rest of the Amazon. 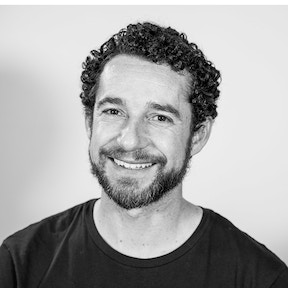 Supporting the protection of isolated tribes in Loreto

Asháninka Diana Ríos is trapped in the city of Buca, in the Ucayali region, due to the lockdown. Miles away, her Tamaya-Saweto community is symptom free of Covid-19, but that is not the only threat they are facing.

When Peru was shut down on 16 March, her community was in the middle of a tense prosecutorial process, where five men from the timber industry have been charged with killing her father, Edwin Chota, and three other community activists for protecting their ancestral land from illegal logging.

Ríos is hoping that the coronavirus pandemic will open people’s eyes to the bigger picture.

'We are not just fighting against Covid-19, we are fighting for our own land. We want our voice to be heard and we want to be respected as Indigenous people. Covid-19 has made the world realise that money isn't everything. What's happening in our home is of importance for the whole world.”

Members of the the Tamaya-Saweto community are demanding justice for the killing of their leader Edwin Chota and three other activists. Chota's daughter, Asháninka Diana Ríos, (second from the left) is continuing her father's fight.

Another threat is the movement of loggers and people from other extractive industries. Some illegal activities have continued throughout the lockdown, and the Peruvian government has signaled that they will reactivate extractive concessions in order to stimulate the economy once the lockdown is lifted. The local government in Loreto has promised to give out several new logging concessions.

Five Indigenous reserves are in the process of being created in the region. Even though Peruvian forestry law prohibits awarding new forestry concessions in proposed reserves, they are still being issued.

“Because they have no formal rights to their land, the authorities just offer up the land, as if there are no Indigenous people living there,” Huertas continues.

According to the organisation AmazonWatch there are Indigenous leaders near Sargento Puño, by the Ecuadorian border, that believe members of their community have been contaminated with Covid-19 by employees from the oil company GeoPark.

“If there is an extractive industry free-for-all when the quarantine is lifted, that is problematic on many levels and for many indigenous groups, but the increased movement of people into the jungle puts isolated groups in particular danger,” explains Huertas.

Throughout history disease and suffering has always followed extractive industries, whether outsiders have been searching the jungle for exotic birds, gold or timber. European disease and abuse decimated the Indigenous groups during the rubber boom at the turn of last century. It is believed that many of the fully isolated groups are descendants of people fleeing brutal rubber barons.

This photograph is unedited and taken on a recent overflight. It is the first known photographic evidence of Indigenous peoples in voluntary isolation in Napo Tigre, which is one of the five proposed Indigenous reserves in Loreto. Photo: ORPIO

Beatriz Huertas has worked with Indigenous communities for over 20 years and is regarded as one the world experts on Indigenous people in voluntary isolation. Peru has a no-contact policy, forbidding all contact and attempts of outreach towards fully isolated groups.

Huertas has been documenting these groups’ movements in Peru in order to map out and get governmental recognition and legal protection of their territories. Documentation is done via interviewing communities who are not fully isolated.

“What we do know is that during the dry months, from April to October, they move down river to hunt and gather food. That is when they get closer to more sedentary groups who report that they have seen what they call “courageous” people,” Huertas says.

“The virus is getting very close. Fully isolated groups have little or no immunity against diseases from the outside world. Entire Indigenous peoples could disappear.” she says.

The contagion can be stopped

“Indigenous people are always at the bottom of the government’s list of priorities,'' says Beatriz Huertas, an anthropologist and consultant for Rainforest Foundation Norway in Peru.

Since the outbreak, Huertas has been working day and night trying to help and coordinate the emergency response. From assisting people trapped in the wrong place by the lockdown to being a helpline for people experiencing symptoms.

She thinks the virus can still be stopped.

"Information on how to prevent the spread of Covid-19, in relevant languages, must reach all Indigenous communities."

"They must continue closing the communities from outsiders and have enough supplies to do so. They need decent transport and to know where to go when people get ill. Health posts with basic medical facilities need to be implemented on a large scale.”

She fears that if these measures are not implemented, it could have dramatic consequences. “If this doesn't happen, people will die. Entire Indigenous peoples could disappear. We cannot accept it,” she says.

At the time of publishing the government has agreed to meet with Indigenous leaders in Iquitos to discuss future action.

Taking the government to court

Little support has made its way from the Peruvian capital in the two months that the virus has been raging in the region, and what has arrived is poorly organised. A social benefit made available to Indigenous groups was only collectable in person from the nearest bank, bringing large numbers of people into the towns and contaminating each other before returning to their communities.

In another incident, members of the Achuar Indigenous group received food during lockdown from local authority representatives, who later tested positive with Covid-19. It turned out that they delivered both food and coronavirus to the community.

These incidents and the absence of sufficient healthcare are fuelling a long-standing mistrust of the government.

“They have caused more harm than good,” says Pablo Bola, a member of the Ticuna people in the tri-border area between Colombia, Peru and Brazil.

“Their decisions have been so ridiculous. They don’t understand the context here.”

He says that in his community, consisting of about 330 people, there have been 30 infected people. One has died, but many have also recovered. “We are not permitting anyone into our community and we are following protocol. Thanks to the help of organisations like ORPIO we might have managed to mitigate the contagion.”

ORPIO was quick to set up a protocol for stopping the virus and the distribution of some food and protective equipment. The organisation has also put pressure on local authorities to distribute provisions and get health representatives to tend to individual cases. With the help of Rainforest Foundation USA, ORPIO has also delivered food and protective equipment to remote communities.

Number of suspected cases are rising

At the beginning of May, seven Ticuna people died in the space of one week in the remote community of Bellavista Callarú on the Peruvian side of the tri-border region. Some of them tested positive for Covid-19. By the end of May the chief of the Pucacuro community in the district of Trompeteros in Peru reported that 600 of the 800 members of his community were showing symptoms of coronavirus infection.

“We are receiving multiple reports of suspected cases from different communities, some in the most remote areas. Once the virus has arrived in a community it can spread fast. It is not looking good, and we are very worried,” says Jorge Rubio Perez.

He is the director of ORPIO, one of Rainforest Foundation Norway’s partners, and represents 26 indigenous communities in the Loreto region of Peru.

A lack of test kits throughout the region means that no one knows the exact numbers of Covid-19 cases and deaths. By the end of May, the regional health office in Loreto estimates more than a thousand coronavirus related deaths and the number is rising.

“All this uncertainty highlights the lack of coordinated approach and health care from the government,” Perez continues.

Three people in the Bellavista de Callarú health post serve 2,800 residents. The pharmacy is out of stock, there is no protective equipment or basic medicines. Photo: ORPIO

In less than half a year, a deadly virus from a Chinese city has reached most corners of our globalised world. It is now spreading along the smallest tributaries of the Amazon, some of the last frontiers preserving Indigenous civilisation from modern disturbances. Is it possible to stop it?

During April and May, Covid-19 took a heavy toll on Amazon cities such as Manaus, Iquitos and Leticia, crippling hospitals and leaving hundreds of people dead. A common denominator of Indigenous areas in all of the eight Amazon countries is that the health system is underfunded and distances to the closest medical facility can be several days’ travel away.

Living standards are often low with poor hygiene facilities. Many people are suffering from malnutrition and underlying conditions such as diabetes, heart and respiratory conditions. This is making resilience against Covid-19 low, both at individual level and in society at large.

The Amazon basin may seem like a vast stretch of impenetrable green vegetation, but below its canopy a large network of rivers and tributaries are spreading out like capillaries from one of the world’s longest rivers. Indigenous people have been using these tributaries as an interconnected transport network for thousands of years.

Today, there are larger urban centres along its banks and thousands of Indigenous villages living in various degrees of isolation. At the head of streams, deep in the jungle and in the mountains there are still groups of people with no contact with the outside world.

On a crackling phone line from the Upper Napo River in Peru, Indigneous Kichwa leader, Bruz Gipa Noteno, says that so far, everyone is healthy in his group of communities.

“We are in peace, trying to keep the communities safe and isolated. But there are cases up and down the river and people are very worried.”