Local authorities in Indonesia are diverting funds from forest fire prevention to battle Covid-19. Now, conservationists fear a backlash for the protection of rainforests already in dire distress.

Peat swamps are natural carbon sinks. But when they burn, they turn into “carbon bombs”, releasing huge amounts of CO2 into the atmosphere. Photo: Shutterstock

“In March, the first district authority changed its budget, taking funds from the forest fire prevention to battle Covid-19. Other districts are in the process of doing the same,” says Rudi Syaf, Excecutive Director of WARSI, the Rainforest Foundation Norway’s oldest partner in Indonesia.

National authorities have also diverted funds. WARSI is now raising the alarm. As the world focuses all its energy on battling Covid-19, Rudi and other conservationists warn that the effect of the Covid-19 pandemic on rainforests, and the indigenous populations dependant on them, gets lost in the politicians' blind spot.

Come June, the relentless rains will stop, and the dry season will engulf the peat swamp forests of Sumatra and Kalimantan – two of the last remaining rainforest areas in the world. Every year, the relative ease of the dry season is interrupted by massive forest fires.

In 2015, the fires were particularly bad. Smog engulfed entire cities, reducing visibility to almost zero and making it difficult to breathe for those already suffering from respiratory problems.

Most fires are started by human activity, such as companies and individuals who want to clear land quickly through illegal slash and burn practices.

In peat swamp forest, frequent flooding prevents dead plants and trees from fully decomposing. Over time, the acidic plant matter turns into peat. Deforestation interrupts this perpetual cycle of growth and decomposition. The peat dries out and the risk of forest fires increases.

Peat swamps are natural carbon sinks. But when they burn, they turn into “carbon bombs”, releasing huge amounts of CO2 into the atmosphere. The 2015 fires caused emissions equal to the entire annual emissions in Germany, according to World Resources Institute.

The peat swamp forest is also home to thousands of plant and animal species. Many of them are critically endangered due to loss of habitat, such as the Sumatran tiger and the orangutan.

Now, the seasoned conservationists in WARSI fear the negative ripple effect of the Covid-19 pandemic on the remaining rainforests.

Illegal logging and mining on the rise

“At the moment, people in the villages are still going about their lives as usual, planting and harvesting. However, the price of their products has dropped. For instance, rubber used to be sold for 8-9000 rupiah per kilo, now the price is 3000 rupiah. The same goes for chili and other agricultural produce,” says Rudi.

He fears that more people will be tempted to seek employment in the illegal mining and logging industry to make ends meet as their income fails. And they might get ample opportunity to do so.

Government officials who monitor illegal activities in the rainforests, are currently prevented from carrying out field work, due to the Covid-19 crisis. As these watchful eyes look elsewhere, the illegal traders move in.

“The low attention from the Government is having a very bad effect. Illegal logging and mining are already increasing,” according to Rudi.

“I am worried about the long-term effect,” he adds.

“The low attention from the Government is having a very bad effect. Illegal logging and mining are already increasing,”

Rudi is concerned that due to a combination of social distancing rules and the diversion of funds, fire prevention measures, such as restoration of dried out and destroyed peatlands, are being halted.

When fires do occur, there might be less people available to put them out. Most cases of Covid-19 have so far been detected in Indonesian cities. Virus-free rural communities may be reluctant to let outsiders in. Fear of contracting the disease or social distancing rules may prevent potential fire-fighters from offering their help. That is a problem, as you need a lot of hands in order to put out forest fires before they escalate.

There will be forest fires this dry season. And when they start, the smog created combined with Covid-19, can prove lethal. Studies done by researchers at Aarhus University in Denmark have linked higher levels of air pollution in Northern Italy to higher Covid-19 mortality rates, compared to the southern parts of the country. Exposure to pollution over time leaves people more vulnerable. In Indonesia, experts fear they will see the same effect.

“In Indonesia, air pollution in major cities comes from vehicles, but in places like South Sumatra and Riau, it’s land and forest fires,” Budi Haryanto says in an interview with Mongabay. He is a researcher on climate change and environmental health at the University of Indonesia, and fears that the haze from forest fires will “exacerbate the risks” to people’s health.

“Indigenous peoples, such as the Orang Rimba, are especially at risk,” according to Rudi Syaf.

The Orang Rimba live in traditional houses with open walls, leaving them exposed when their villages are engulfed in smog.

“During the 2015 fires, 13 people from the Orang Rimba Terab tribe died,” Syaf says.

The 2015 fires caused emissions equal to the entire annual emissions in Germany, according to World Resources Institute. Photo: Shutterstock

Keeping up their work

“Since the 2015 fires, WARSI has taken additional steps to cooperate with local communities to prevent forest fires,” says Robert Aritonang, Programme Manager for the Orang Rimba Project in WARSI.

Measures include constructing canals to re-wet damaged areas and prevent the peat from drying out.

WARSI has already cooperated with local communities for more than two decades to replace slash and burn with other land clearing techniques. In addition, WARSI has engaged local populations in monitoring activities, such as foot patrols to detect hot spots and actual fires – and report them to the authorities. More recently, WARSI has introduced drones to support the monitoring. The organisation is also working to strengthen local capacity to put out fires.

“It has proven effective and efficient,” Robert says.

WARSI has found ways to keep up the work during the Covid-19 crisis.

“Our people stay for longer periods, rather than travel in and out of indigenous areas. Some will not even go home for Eid on May 24th, the biggest religious holiday for Muslims,” Robert says.

WARSI is working closely with the media and has ramped up their advocacy work, to expose the dangers posed by diverting forest fire prevention budgets to battle Covid-19. Rudi Syaf is not blind to the fact that funds are insufficient:

“The government must ask the international community to step up. Previously, provincial governments have tried, but the central government has stopped them. So, the issue must be raised on a national level”. 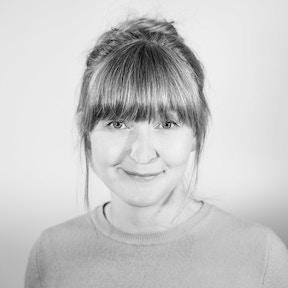