Proposed anti-deforestation plan from soy and cattle industries "sends a message to suppliers to continue and speed-up deforestation" and provides a "roadmap to climate catastrophe".

This roadmap, supported by the Tropical Forest Alliance, was signed by ADM, AMAGGI, BUNGE, CARGILL, COFCO International, GOLDEN Agri-Resources, JBS S.A, LOUIS DREYFUS Company B.V, MARFRIG, OLAM International, VITERRA and WILMAR International. As these twelve companies together have a dominant share of the global trade in forest and ecosystem-risk commodities, a joint commitment has the potential to significantly reduce global deforestation from agriculture.

But the roadmap presented on Monday, November 7, during COP27 does not deliver on the promise to stop agricultural-driven deforestation. Instead, it explicitly allows soy companies to continue deforestation of the Amazon, Cerrado and Chaco ecosystems until 2025.

Setting a cut-off date for deforestation to 2025 is basically a message to their suppliers to continue and speed up deforestation. This is irresponsible and should be met by massive sanctions from customers with soy in their supply chain.

In addition to a near-catastrophic soy plan, the roadmap's plan for deforestation-free cattle production is also described as "weak", with an unambitious and poorly defined timeline. Another prominent weakness is the roadmap's complete lack of commitment to reduce impact on non-forests ecosystems.

Undermines efforts to save the rainforest

While the roadmap does affirm the commitments of the palm oil industry to continue its work to reduce deforestation, the overall end product is not nearly enough to halt or meaningfully reduce the catastrophic impact of global agribusiness on rainforests and other vital ecosystems.

“This is a roadmap to climate catastrophe! It is unbelievable that the industry presents a so-called roadmap to 1.5 degrees without stopping deforestation. Allowing themselves to continue to destroy forests for three more years and other ecosystems even longer is a trajectory for forest destruction, human rights violations, and massive biodiversity loss," Ranum says.

With this announcement, the agriculture giants have positioned themselves to hinder, rather than support, the efforts to save the Amazon rainforest.

“Brazil and president-elect Lula has committed to stop deforestation and needs support from the outside world. By not taking action against deforestation, the soy industry undermine Brazil’s efforts," Ranum says.

"Today’s announcement of the industry’s roadmap clearly states that global agriculture business will stand in the way when Brazil tries to avoid further deforestation and land conversion, biodiversity loss, and ultimately a climate catastrophe.”

More on the apocalyptic agricultural impact on the rainforest: 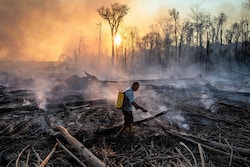 Feeding the European appetite for soy 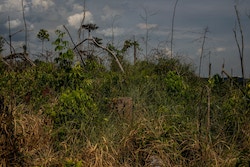 Is this forest doomed? 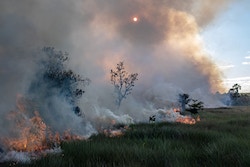 Deforestation up by 61% in Brazilian soy hotspot