Feeding the European appetite for Soy

Brazil is burning. People are caught between fires and land conflicts. Ecosystems are changed forever.

Much of the destruction and suffering is fuelled by two multinational companies: Bunge and Cargill.

Invisible to the average consumer, their soy is fed to large amounts of livestock and farmed fish produced and sold in Europe.

An ever growing European appetite allows Bunge and Cargill to operate with full impunity.

"They came and slowly took every bit of land we had."

Alexandro Silva is a member of the local community of Serra do Centro in Campos Lindos. His father used to farm here. Illegal land grabbers gave him a choice: to keep a fraction of his land or to lose it all.

“We had no option but to leave. Had we not left, we could have been killed.”

Once lush, green and teeming with wildlife, more and more of the Cerrado is now being burnt to ashes.

Land grabbers set fire to areas during the dry season as a way to move people and livestock out, clear more land and sell it on to agribusiness. Ultimately, a small handful of multinational soy traders drive and benefit from the situation.

Campos Lindos, in the Brazilian state of Tocantins, the name of which in Portuguese means “beautiful fields”, used to be covered in fruit trees, shrubs, palm trees and a thicket of undergrowth. Now, kilometre upon kilometre is cleared to give way to soy production.

Ronaldo Silva has sen the Cerrado change from the window of his soy truck.

“This place was full of wildlife. Even jaguars. But now, it is an open field. Everything here was Cerrado. But it will soon turn into soy. Everything will be soy.”

Large parts of the Cerrado is now converted into soy fields.

This once wooded grassland, a part of the Cerrado biome, does not enjoy the same environmental protection and fame as its cousin, the Amazon. However, it is a vital ecological zone and is home to five percent of the world’s species. The cerrado contains vital water sources that feed the Amazon with water.

This August, a reporter team visited municipalities in the Amazon and Cerrado biomes proven to have had the highest deforestation for soy in 2019. They talked to communities living in and around land subject to agricultural expansion.

Our investigation documented rampant fires along the journey from the states of Tocantins, Maranhão and Bahia and large fires along the trans-Amazonian highway BR163 known as the “soy road.”

No public agents were seen to help extinguish any of the fires.

Instead they saw villagers waging a losing battle against the escalating flames.

With buckets and makeshift water tanks on their backs, women and men were seen defying heat and smoke to try to save land and wildlife.

“There is fire everywhere. Lots of fire and we are not able to put it all out.”

Erico de Souza is one of the distressed community members of the settlement 12 de Outubro in the state of Mato Grosso. It was once a protected area, but bit by bit it has been encroached by land speculators.

The community members had called the firefighters that morning, but were told that it was not the duty of the fire fighters to put out forest fires.

This used to be full of life, now there is only soy

Fires have been raging across Brazil the past half a year, from the Amazon rainforest to the grasslands of the Cerrado and the Pantanal wetlands.

On October 1, the Brazilian Space Agency (INPE) reported a 13 percent increase in Amazon fires over the first nine months of 2020 compared to the same blazing period in 2019. That makes 2020 the worst in a decade.

In Morro Velho in the state of Tocantins, the reporter team meet with small scale farmer, Pedro da Silva Matos, of the Gleba Taua community. The night before the interview, his field was set on fire.

“I feel caged, because we are right in the middle of the fires. There are fires coming from here and there and we are trapped.”

Pedro da Silva Matos, of the Gleba Taua community is worried about what the future brings.

“Clearing the land with fire has always been used in territorial disputes to expel local populations. They burn the soil, the houses, occupy spaces with cattle and ruin plantations.”

Valeria Pereiro Santos is a member of the advocacy group the Pastoral Land Commission (CPT) addressing unjust land distribution and violence in Brazil.

In a recent report it documented 1833 conflicts involving violence towards communities in 2019.

It is the highest figure in five years and a 23 percent increase from the previous year.

Our reporter team also visited the communities living next to “Estrondo”, a group of soy farms in the municipality of Formosa do Rio Preto in Western Bahia.

A week before, gunshots were fired. Intimidation and attacks by the security guards from the farms are a frequent occurrence, according to members of the Cachoeira community:

“We live in fear because we don’t have the freedom we used to have to look after our cattle. We lost 50 percent of our cattle because our area is smaller now,” said Jossone Lopez Leite, a small scale farmer.

On the 31st of January last year he found his cattle inside the area of one of the Estrondo farms.“They say they wouldn’t give us back our cattle. When I said I would take my cattle back, he shot me in the leg,” Jossone said.

Together with a few community members, he shows our team the group of farms, collectively owning 365.000 acres. As they near the fence, a group of heavily armed security guards turn up.

“Are you threatening us?” one of the security guards asks.

The two groups stare at one another from either side of the fence. One group is armed.

“The violence here is extreme. If we come near the fence, they shoot at us,” Jossone Lopez Leite says.

Who are the players benefiting from this destruction and violence? The soy farmer? To an extent, but for the most part, these mechanisms are lining the pockets of a few giant multinational companies.

After the land is cleared, and the soy is planted and harvested, the crop is sold to multinational traders.

None of the soy giants have transparent sourcing systems, making it difficult to track the origin of the soy traded.

However, the investigation on the ground as well as analysis of available data, gives a strong indication of the role of the soy traders in the areas visited.

All I Can See is Death

The two main traders active in the frontier regions of the Cerrado are the multinational companies Bunge and Cargill. They are also the largest soy trading companies in Brazil with their respective 15.7 million tons and 12.8 million tons of soy exported from Brazil in 2018.

“The power to halt deforestation is proportionate to their size. Not only within Bunge and Cargill’s own operations, but as leaders of the industry, they can set the bar and change the practise of others and eliminate the soy driven deforestation. Instead, they ensure that deforestation pays off by guaranteeing market access for soy grown on deforested land”, says Anahita Yousefi.

She is a Senior Adviser at the Drivers of Deforestation Programme at Rainforest Foundation Norway (RFN).

Bunge and Cargill are among the traders linked with highest deforestation risk in Brazil. Last year, Cargill and Bunge had more fires in the vicinity of their silos than in all other main soy traders combined.

A combination of the proximity of the traders silo facilities, sourcing data from the agricultural commodity tracker, Trase, and deforestation alerts from the Rapid Response Reports inform the analysis, as well as previous RFN reports on soy production in the area.

Local sources also confirmed to our team that Cargill and Bunge have been the main buyers of soy from the areas visited.

In front of the silos of Bunge and Cargill in Campos Lindos, the team speak to the community leader and local farmer Pedro “Piaui” Alves dos Santos.

Pedro "Piaui" Alves dos Santos has no doubts as to who is behind the destruction of the Cerrado.

“Cargill and Bunge are the responsible parties for the destruction of Cerrado, and the eviction of traditional families. The negative impact is incalculable: First they force the families off their land, secondly they destroy the Cerrado and thirdly they pollute and dry up the springs.”

He pleads that the government or another responsible entity would do something about it.

“When Bunge and Cargill buy and fund soy production, they are directly responsible for the death of farmers, the water and the land that is being stolen on the Cerrado. We need to start pointing at them as the sponsors of this conflict. Those who fund it, generate the conflict.”

Valeria Pereiro Santos of the Pastoral Land Commission (CPT) says groups of international companies with economic power and political influence are occupying these areas and heating up speculation in the land market.

“Bunge and Cargill are responsible for the social and environmental crimes but they are never brought to the headlines as accountable for the conflicts in those areas,” she says and adds:

“The stain doesn’t reach Cargill and Bunge, but we know that the soy is not clean. The soy is stained with blood, deforestation and fire.”

What is keeping these multinational companies in their safe position of impunity?

Complex supply chains within these soy giants is what is hiding the evergrowing, blind demand.

The past years, Brazil has become the world’s largest soybean producer. Whilst Europe is feeling increasingly hungry for it.

According to the Brazilian Association of Vegetable Oil Industries (ABIOVE) the EU imported more than 7.6 million tons of soybean during the first six months of this year.

That is a 75 percent increase from the same period last year.

Soy is used in feed, food and fuel. 75 percent of the world’s soy production is used to feed cattle, pigs and chicken.

A new study finds that 20% of soy exports to Europe come from illegally deforested land. In other words, produce stained with deforestation and fire is sold by supermarkets throughout Europe.

Five companies control more than 50% of soy exports from Argentina, Brazil and Paraguay in 2018. Bunge and Cargill are the largest soy trading companies operating in Brazil with their respective 15 742 940 and 12 833 567 tonnes of soy exported from Brazil and they are the traders linked with highest deforestation risk in Brazil.

Companies are starting to react to the soy traders’ ruthless operations in Brazil. In January 2020 Nestlé stated that they would cease buying Cargill’s Brazilian soy because of Cargill’s links to deforestation.

“Companies with links to Cargill and Bunge through their supply chain must cease buying from these companies to avoid being complicit in the ongoing forest destruction driven by these soy giants,” says Anahita Yousefi of Rainforest Foundation Norway.

“The ruthless business model of Cargill and Bunge is facilitated by investors and European trade laws. The continued destruction and suffering is supported by producers such as the Danish pork industry, Norwegian fish farming and by super markets agreeing to have Bunge and Cargill in their supply chain,” she continues. 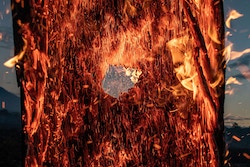 Retailers and protein producers with high-risk suppliers such as Cargill and Bunge in their supply chain should:

Investors in Bunge and other high risk soy companies should: