Who would have believed that the hugs we shared under the fireworks last New Year’s Eve would be prohibited just three months later? Or that this year would prove to be one of the most dramatic years humanity has experienced in ages? After all, when was the last time Planet Earth closed down?

Right now, we are all trying to adapt to the new situation and its impact on everyday life. I have spent some time trying to understand how the virus outbreak in Wuhan occurred. There is no doubt that the pandemic is a result of unhealthy contact between humans and nature. David Quammen, author of the book Spillover: Animal Infections and the Next Human Pandemic, wrote with authority on this very topic in January, before the coronavirus outbreak developed into a pandemic. He concluded by saying, ‘We disrupt ecosystems, and we shake viruses loose from their natural animal hosts. When that happens, they need a new host. Often, we are it.’

This has happened before: HIV/AIDS, Ebola, Zika, yellow fever, and several other illnesses are caused by viruses that originated in tropical forests. This insight is one of many reasons to leave these ecosystems alone.

What is the current status quo? Not terribly positive.

The fight for the rainforest, the most crucial ecosystem we have, is heading in the wrong direction. Rainforest Foundation Norway is working with some of the most talented and dedicated people imaginable, in all of the three great rainforest regions of the world. Together, we fight to stop the deforestation which has been going on for decades. Without these efforts, a great deal more of the rainforest would have disappeared by now.

But it is not enough. The rainforest is still being destroyed.

Every year, about 120,000 km2  – or 30 million acres- of tropical forest is destroyed. Roughly a third of this – the size of the Netherlands – is virgin rainforest.

These numbers show the brutal reality. This is the norm. This is ‘business as usual,’ the ‘same old, same old,’ ‘the more things change, the more they stay the same.’ This is what I think of when I read and hear about how we are going to go back to ’normal’ after this global crisis ends.

‘Normal’ is disastrous for the rainforest and our planet.

Just a few short hours into 2019, the newly-instated Brazilian president, Jair Bolsonaro, transferred responsibility for the establishment of indigenous territories from FUNAI (the National Indian Foundation in Brazil) to the Ministry of Agriculture. That was a profoundly symbolic gesture, keeping in mind that the expansion of agricultural areas has traditionally been one of the major causes of rainforest destruction in the Amazon. The president fulfilled his promise of freeing up controls that stand in the way of mining and agricultural interests.

After several months in which the president’s actions clearly signaled the lack of importance he attaches to protecting the Amazon, many farmers in the state of Pará took the initiative to arrange a coordinated ‘day of fire’ on August 10, 2019. By setting fire to the forest and clearing the land, they intended to show the president that they were ready to work. This particular day of fire was not the main cause of the Amazonian forest fires which caught the world’s attention. Nonetheless, this action clearly illustrates the underlying mindset and mechanisms at work.

The fires in the Amazon had barely died down before the fires in Australia broke out. The reports during and after the fires took my breath away: a fifth of the country’s forests was burnt. Over a billion animals were affected. The fires were so intense that even intact rainforest burned. That is not supposed to be possible. Intact rainforest is so moist that it shouldn’t be able to burn.

Later in 2019, we received confirmation that the deforestation figures for Brazil were the highest they have been in ten years. We shouted, ‘Watch out!’ It remains to be seen whether anyone bothered to listen. After all, 2018 figures were also the worst in a decade, and 2020 is already shaping up to be a new record year.

2019 was the year when the IPBES (Intergovernmental Science-Policy Platform on Biodiversity and Ecosystem Services) sounded the alarm: over a million species are in danger of extinction. The chair of the IPBES, Sir Robert Watson, issued a warning which resonates powerfully:

‘The future of biodiversity itself and how it influences human welfare is at risk: This is an environmental, economic and social issue which could undermine the security of current and future generations of human beings.’

2019 was the year when research scientists warned of the impending collapse of the Amazon. ‘The rainforest can not tolerate more deforestation,’ was the clear message from scientists Carlos Nobre and Thomas Lovejoy. They are experts on the ‘tipping point’ at which large parts of Amazonia will collapse and change form. This danger is not exclusive to the Amazon. Altogether there are nine vital ecosystems on Earth that are approaching dangerous ‘tipping points,’ including the boreal forests of the northern hemisphere.

2019 was the year when ten Brazilian indigenous leaders from APIB (Brazil’s Indigenous People’s Articulation) made a month-long tour of Europe to raise awareness of the killings, death threats, violence, and assaults on indigenous peoples in Brazil. Just a few months earlier, Global Witness presented a report which documented the killing of 164 land and environmental defenders in 2018.

2019 was also the second hottest year on record.

Right now, the most pressing issue is fighting the coronavirus. We are going to beat it. And when this is over, we will return to our regular daily routine, in which we can visit each other, hug our friends and relatives and gather in bigger groups, both at work and outside of it.

But let us hope that we do not go back to ‘normal’ when it comes to the destruction of nature and the environment. If 2019 is the norm, then it is merely a matter of time before we faced new and possibly worse crises in the future. They may come in the form of new viruses, climate change, or the collapse of vital ecosystems. And if that happens, we will not be able to do anything about it.

The best insurance policy we have in dealing with future crises is to take care of the planet’s ecosystems. And the solution is plain and simple: all nature is asking for is to be left in peace.

It is high time we listened. 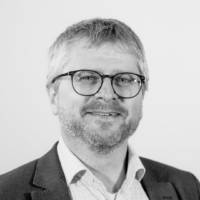