CAMPAIGN PHOTO: The petition had the slogan “Do not eat the rainforest” and was clearly linked to every food product containing palm oil, here illustrated by a picture of an orangutan spread out on a piece of bread.

The palm oil industry is one of the main causes of rainforest destruction in Indonesia and Malaysia. These two countries produce 88 percent of the world’s palm oil, including palm oil for the Norwegian market.

For this reason-and also because of the almost complete lack of traceability and transparency in palm oil supply chains - in October 2011, Rainforest Foundation Norway (RFN) and Green Living (GL) launched a campaign in Norway with the following targets:

Targeting all major food producers in Norway, the efficient campaign included a survey and meetings with food producers, a web based consumer guide, strategic use of traditional and social media, a petition against the use of palm oil for foods, and the dissemination of background information and palm oil related news and articles on websites and in magazines.

Although the campaign had a limited budget, it proved to be an extremely cost-effective measure in raising public awareness and reducing palm oil consumption, and similar campaigns could easily be implemented in other European countries. The largest outlay of campaign funds was for employee salaries, with additional expenditure on technical development of the consumer guide.

Prior to the launch of the campaign, Green Living and Rainforest Foundation Norway ran several internal workshops to develop our campaign strategy (goals, target groups, messages, methods/tools, timeline). Food producers became the main target of the campaign, partly because we estimated that 70% of palm oil usage in Norway was in food products. The focus on food was also a strategic choice because the clear link to both environmental damage and the health consequences for consumers would make it easier for us to raise the profile of the campaign, grabbing the attention of journalists and consumers. This built on information and concerns already in the public domain, as most Norwegians consider palm oil to be linked to unhealthy living because of its high levels of saturated fats. This gave us an advantage when promoting the campaign, but it also represented a challenge: every time we had a journalist interested in the story, we had to work hard to maintain the focus on rainforest destruction. From the beginning we have stressed the fact that Rainforest Foundation Norway and Green Living are not experts on health issues, referring media to the health sector for specialist comments on that aspect of our campaign.

Some sample questions from the survey:

Most of the food producers were open and answered the questionnaire willingly, but a few were reluctant. The NEI Act has been a necessary tool for us to get answers from companies in two ways. Firstly, we could threaten to file a complaint against any company that refused to provide information.

Secondly, media are always interested in conflict, particularly when it is possible to shame and blame “bad guys”. The NEI Act applies to all Norwegian public authorities and to business undertakings that are established in Norway. Similar acts do not exist in any other European countries to the best of our knowledge.

During the campaign we referred to the NEI Act and filed formal complaints against five companies: General Mills, Kims, Maarud, Nestlé, and Rieber & Søn. Four of the companies answered the survey before the complaints were dealt with by the Appeals Board. General Mills was the only company that did not answer. The complaint was processed by the Appeals Board and it was decided that General Mills did not have to answer because the company is not established in Norway.

A web-based palm oil guide for consumers, including a mobile phone version, was produced based on the answers from the survey. When the guide was launched in January 2012 it contained 550 food products. By October 2012, the guide contained 850 food products. Consumers can search for products by name (Soft margarine, Lee noodles), category (margarine, potato chips, chocolate), and producer (Nestlé, Kraft Foods).

As it is not mandatory to label palm oil in the ingredients list, until now it has been nearly impossible for people to find out whether or not the foods they eat contain palm oil. Our palm oil guide provided consumers with a new tool that rapidly became popular; our research has found that some users wanted the guide for health reasons, others for environmental protection.

The online palm oil guide has had over 260,000 hits to date, which is a significant number of visits for a Norwegian webpage. It was launched on national television (NRK), featured on a popular programme on consumer issues with over 800,000 viewers. With an estimated Norwegian population of about 4.9 million, this is regarded as a high number of viewers for a single programme. The media coverage has been extensive on national television and radio and in the newspapers, leading to many emails and phone calls to food producers from frustrated consumers and curious journalists.

When we launched the campaign, we also gave consumers a chance to sign a petition asking the producers to stop using palm oil in their products. The petition had the slogan “Do not eat the rainforest” and was clearly linked to every food product containing palm oil. The petition ran for approximately six months and received 21,523 signatures, a new record for any petition by RFN.

The campaign has been popular in the social media. During the campaign period Rainforest Foundation Norway received over 2,000 new followers on Facebook, a 20% increase, with Green Living seeing a similar effect. We have used Facebook and Twitter to spread the word about our palm oil guide and the petition, as well as news on how the campaign is progressing.

From the start, we were conscious of connecting different food groups to different seasons to link to demand. For instance, we focused on chocolate and snacks during the Easter holiday and ice cream during the summer. Many Norwegians enjoy tacos at weekends, so on a Friday we posted information about taco shells and tortillas containing palm oil and the palm oil-free alternatives. Informing consumers of the “worst” palm oil products and the palm oil-free alternatives has had a positive effect on consumer choices, and palm oil has occasionally been one of the most tweeted words in Norway.

Three main goals were set for the campaign:

Goal 1 was to expose the link between palm oil production, deforestation, and social conflicts in Indonesia and Malaysia.

Outcomes: Press and social media monitoring indicates that the campaign was successful in creating awareness of this link among Norwegian consumers. There is a long list of articles, radio and television clips, posts on Twitter and ‘likes’ on Facebook. The reactions from media and the public were a crucial factor in encouraging companies to take the next step after disclosure, to drive changes in their procurement policies and reduce their palm oil usage. However, it has been a challenge at times to fully expose the environmental and social consequences of palm oil production, as many journalists and consumers have mainly been interested in the health aspects.

Goal 2 was to reduce Norwegian palm oil consumption in foods.

Outcomes: We have collected data from food producers which show that Norwegian palm oil consumption in foods was definitely reduced during the campaign period. The annual use of palm oil in Norwegian food products was cut by two thirds between 2011 and 2012. For example, two of the major producers have now stopped using palm oil completely in their products. Others have reduced the amounts in most products, and some have replaced palm oil in a select number of products. Almost all of the food producers have signalled that they are looking for replacements to some extent, with rapeseed and sunflower oil being the preferred alternatives.

Goal 3 was to make Norwegian food producers demand traceability and transparency from their palm oil suppliers.

Outcomes: There have been some signs of progress, but it is difficult to draw a firm conclusion. Some of the food producers have asked for more information about the palm oil industry and the situation in Indonesia and Malaysia. Eight of the companies have invited Green Living and Rainforest Foundation Norway to meetings, where we have shared information and different points of view. It is still a fact and a challenge that none of the food producers know exactly where the palm oil they use comes from. Rainforest Foundation Norway and Green Living will therefore focus more on achieving goal number 3 in the coming year. 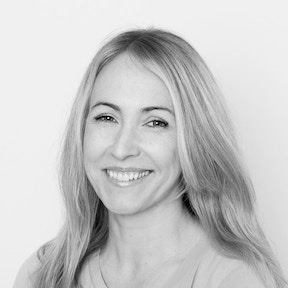