The lush rainforests of Central Africa cover nearly 2 million square kilometers, making up 18 percent of all the world's rainforests.

The vast Congo Basin rainforest extends across seven countries: Cameroon, Gabon, Equatorial Guinea, the Central African Republic, Angola, the Republic of the Congo and the Democratic Republic of the Congo (DR Congo). It is the home of an incredibly rich and diverse ecosystem and is home to tens of millions of people, including hunter-gatherer groups collectively known as Pygmy peoples. These indigenous peoples are directly dependent on forest resources and ecosystem services for their material and cultural survival.

Most of this forest - as much as 60 percent - can be found in DR Congo. This is where Rainforest Foundation Norway fovcuses its attention in the region. Half of the tropical rainforest in DR Congo is primary forest: old-growth forest that has not been logged.

The Congo Basin, whose rainforest is second only to that of the Amazon in size, is an enormous treasure trove burgeoning with life and natural resources:

How we go about saving the Congo Basin rainforest

Rainforest Foundation Norway (RFN) has been working in close cooperation with environmental and indigenous organisations Central Africa since 2003, specifically in DR Congo.

Our work in the region promotes the recognition of forest-dependent peoples' access and rights to land and is geared towards achieving a sustainable, community-based management of the rainforest. It is our experience that the rainforest is preserved most effectively in areas where its traditional populations secure the legal right to manage it.

We provide resources for capacity building and the strengthening of local organisations and national networks of non-governmental organisations, and support their advocacy work as well as their field work with forest-dependent peoples. This work is geared towards achieving a policy shift, towards one that respects human rights, maintains the integrity of the world's second largest rainforest and combats poverty through sustainable community-based forest management.

Pygmies - people of the rainforest

The Pygmies are indigenous peoples that have traditionally lived as hunter-gatherers in the rainforest in the Congo Basin. DR Congo is home to one of the basin’s largest Pygmy populations. The authorities often report that there are only about 200,000 of them, but the country is in fact home to nearly 2 million Pygmies.

Traditionally, these peoples have a symbiotic relationship with the forest that surrounds them, and are in possession of invaluable knowledge about it. This knowledge has contributed to the preservation of their traditional territories. They in turn depend directly on the forest for their survival - and on its management in a sustainable manner. But unfortunately the Pygmies are a marginalised group that are subject to widespread discrimination, and many live under very difficult conditions.

Over a long period, Pygmies have been systematically evicted from their traditional living areas and forced to adapt to life outside the rainforest. For most, this has meant a life of extreme poverty.

Pygmies are a marginalised group facing widespread discrimination; living conditions for many of them are harsh.

As a result of frequent violations of the Pygmies' basic human rights and the lack of recognition of their rights as indigenous peoples, many of their living areas have been destroyed and their way of life - including livelihood, tradition and culture - has been dying out.

One of our key goals in DR Congo is to obtain official, legally binding recognition from the state of the Pygmies as indigenous peoples with a distinct way of life and culture that is in need of protection. Substantial progress has been achieved in this area in recent years. Together with our local partners, we have helped indigenous representatives to draft a proposed law on indigenous peoples. This proposed legislation was completed in 2014 and is awaiting formal adoption in parliament.

DR Congo suffers from what has become known as the “resource curse”: a wealth of natural resources, a history of weak and corrupt government, and a range of external interests have combined to create a scramble for resources for the personal gain of a few individuals that has crippled and impoverished the country and its people.

During the country's decades-long civil war, the rainforest in DR Congo was left more or less intact, but when the war gradually came to an end in 2003, investors began to see opportunities to make money from logging. Forests were opened to large-scale development projects and private investment, while the government was in the process of reforming its forest policy, with substantial support from international donors. Nevertheless, the world's second largest rainforest country has managed to keep deforestation reasonably in check, and since 2002 it has enforced a temporary ban on the granting of additional logging concessions.

However, despite this concession limit, permission has been granted for logging on 440,000 square kilometres of rainforest in the countries that share the Congo Basin rainforest. Preserving the rainforest in DR Congo is therefore an urgent matter. 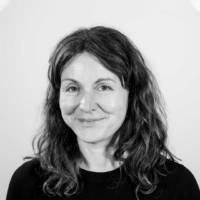