Years of intense documentation work has yielded unique proof of unknown isolated Indigenous groups and mapped the boundaries of their territories. Their vast, pristine rainforest area is under increasing pressure, risking the survival of the isolated groups.

“The properties of this contigous area of rainforest are simply of world heritage proportions, with unique cultures and nature. Therefore, it is crucial that this area and the vulnerable people who depend on it get the necessary physical and legal protection they are entitled to. It is urgent,” says Toerris Jaeger, Secretary General of Rainforest Foundation Norway.

The report, Territorial Corridor of the Isolated Peoples and Contiguous Forests of Yavarí-Tapiche, will be launched on Thursday 9 December in Lima, Peru. The documentation work was done by the indigenous organization ORPIO with support from Rainforest Foundation Norway.

“The corridor includes territories of Indigenous peoples without contact with the outside world. At present, it is their refuge. Many have isolated here to escape illness, death, persecution and abuse during the rubber boom at the turn of the 20th century , but the threats continue today through the invasion of lumberjacks and drug smugglers, says Beatriz Huertas, who has led the research.

The area is 160,000 square kilometers, the size of Surinam. It stretches across the states of Loreto and Ucayali in Peru and Acre and the Amazon state in Brazil, and is likely to be the largest area in the world inhabited by isolated Indigenous peoples.

The area forms an island with pristine tropical rainforest. According to the report, 95% of the rainforest in the area is intact, and it is among the most carbon-dense and biodiverse areas in the world.

The map shows the extent of the Yavarí-Tapiche indigenous reserve (north) and the “Panoan, Arawakan and others” Isolated Peoples’ Territorial Corridor (south). Graphics: ORPIO

Home to a large number of isolated indigenous peoples

The area is inhabited by an unknown, but estimated large number of indigenous groups, who live in self-imposed isolation with little or no contact with the outside world. It is difficult to estimate the number of people or Indigenous groups living in the area, but the report concludes that a large proportion of the people belong to the Pano language group.

Some of these indigenous peoples are isolated branches of groups that have relatively recently established contact with outside society. They share territory, but otherwise have no contact. Many are unidentified groups that could represent entire tribes and languages that are still unknown to the world.

“The corridor includes territories of Indigenous peoples without contact with the ourside world. At present it is their refuge. Many have isolated here to escape illness, death, persecution and abuse during the rubber boom at the turn of the 20th century , but the threats continue today through the invasion of lumberjacks and drug smugglers,

"The isolation of our Indigenous brothers and sisters is important because they are highly vulnerable to foreign diseases. Abruptly leaving the territory would be fatal. The best way to protect them is to legally recognise the area as a corridor for isolated groups, and strengthen the local communities in their knowledge and ability to protect the area. Neighbouring Indigenous groups should form a wall of protection from external threats ," says Jorge Perez, of ORPIO. Indigenous peoples' right to live in self-imposed isolation is enshrined in several key human rights declarations, including the American Declaration on the Rights of Indigenous Peoples. Both Brazil and Peru have zero-contact policies for Indigenous peoples in self-imposed isolation.

Isolated Indigenous peoples lack immunological defense against most viral diseases. History shows that a single flu epidemic can kill more than half of the population in just a few months.

Isolated peoples photographed during an overflight in the Brazilian Amazon, near the Peruvian border, in 2009. Photo: FUNAI

Nevertheless, the area is under rapidly increasing pressure from several sides. The report reveals dozens of timber licenses that overlap the area. Road construction follows as a consequence of logging, and this paves the way for a number of invaders who may come into contact and conflict with the isolated indigenous groups.

The map shows indigenous territories, encircled in blue, and deforested areas in red. Where Indigenous Peoples' rights to their territories are respected, the rainforest stays intact. Graphic: ORPIO

Peru has officially recognized territories for people in isolation in 27% of the corridor. The rest of the area lacks official recognition, and the entire corridor area on the Peruvian side, 55 000 km2, lacks protection mechanisms. In Brazil, budget cuts for the state Indigenous people’s directorate, FUNAI, have weakened the protection of Vale do Javarí, which covers most of the corridor on the Brazilian side. At the same time, economic interests are pushing for a road project that will cross the corridor to the south through the Sierra del Divisor National Park. "Due to the unique qualities of this area, we encourage the leaders of Brazil and Peru, and the rest of the world, to work together to protect this land from invasion. It is crucial in order to preserve biological diversity and to curb global warming, and most importantly to avoid the extinction of some of the world's most vulnerable people", says Toerris Jaeger, Secretary General of Rainforest Foundation Norway.

To secure this area, ORPIO and Rainforest Foundation Norway encourage the Peruvian and Brazilian authorities to: 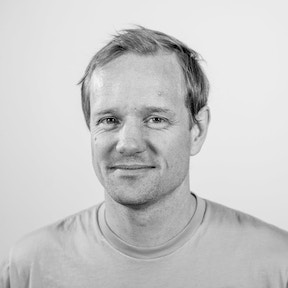