Two female representatives of the Indigenous movement made history as elected members of the National Congress of Brazil.

A BIG TASK: Indigenous leader Sônia Guajajara has just been elected to the National Congress of Brazil. She will have the big task of building alliances against the Bolsonaro-friendly majority. Photo: @ApibOficial on Twitter

Even though the race between Bolsonaro and Lula was too even to determine the winner in the first round of the Brazilian presidential elections, the outcome of the congressional elections have been determined. Influential indigenous representatives have now gained a place in Brazil's elected legislative body: both Sônia Guajajara and Cèlia Xakriabà have become elected members of Congress.

– We will bring our voices, demands, and contributions to build a more diverse, democratic, and rich future in Brazil, says Sônia Guajajara to Rainforest Foundation Norway.

She is the leader of the indigenous organization APIB, one of the Brazilian partners of Rainforest Foundation Norway, and represents the Socialism and Freedom Party (PSOL).

Earlier in 2022, she was selected by Times Magazine as one of the world's hundred most influential people.

Read more about the indigenous women of Brazil: The rise of Brazil’s Indigenous Women.

She will be joined by Celia Xakriabá, also representing PSOL, an indigenous activist of the Xakriabá people.

– We are the guardians of the forest, but we also have our rights. We have the right to preserve our culture and our way of life. A part of the Brazilian population is indigenous, and it is therefore important that we also occupy decision-making space so we can ensure that our rights are respected, says Guajajara.

Ellen Hestnes Ribeiro, head of the Brazil program at Rainforest Foundation Norway, believes that having indigenous representatives will be crucial in the fight for the rainforest and indigenous people's rights in the future.

– Having two Indigenous representatives in the Congress, who can use the formal democratic tools to promote Indigenous people's rights and shed light on the violence and murder of Indigenous people is important going forward, says Ribeiro.

Supporters of Bolsonaro achieved a majority in Congress, and Ribeiro emphasizes that it will be a difficult environment for the two indigenous women to work in.

– To get their proposals through, they must establish alliances in a challenging political situation in Congress. To accomplish this, they need to have broad support, both from the civil society of Brazil and internationally, says Ribeiro.

The violence against indigenous people and Lula's supporters has increased a great deal in the past few weeks, and several Indigenous people have been killed. Rainforest Foundation Norway fears that the violence could escalate even further over the next four weeks.

– Indigenous people are killed for standing in the way of rich and powerful stakeholders. We fear that criminals will see this period as potentially the last opportunity to continue illegal activities with the current impunity. This could be life-threatening for those guarding the forest, says Ribeiro. 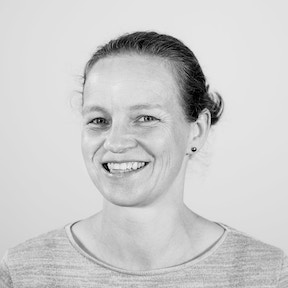