The forest and wetland area of Sepik is a part of the world’s third largest rainforest. Based in New Guinea, its pristine forest is home to about 430,000 people as well as a unique diversity of animals and plants. Winding through the forest for 1,125 kilometers, the ecologically and culturally significant Sepik river, is being considered for World Heritage status.

People and wildlife who depend on the Sepik are now threatened by the largest mine project in Papua New Guinean history, if plans go ahead.

The mine would cover 16,000 hectares of the area around the Frieda river, a tributary to the Sepik. A Chinese state-owned company with strong ties to Australia is behind the proposal, under the name Frieda River Limited.

Many communities along the river oppose the project and in June this year 28 indigenous leaders, representing 7,800 people, issued a declaration under customary law, calling for a total ban of the Frieda river mine.

This week, ten UN special rapporteurs and the chair of the UN’s working group on human rights and transnational corporations sent a joint letter to the governments of Papua New Guinea, China and Australia as well as to Frieda River Ltd. It is unprecedented that this number of high profile UN experts voice their concerns so early on in a mine’s approval process.

The letter raised ‘serious concerns’ about the human rights impacts of the project, including the rights to life, health, bodily integrity, water and food, and the right to free, prior and informed consent. Concern was also expressed that the people of the Sepik ‘will be forced to bear the costs of the project in perpetuity.’

“Having eleven UN bodies support the criticism presented by our partner organisations in Papua New Guinea is invaluable. We hope this will make all governments and corporations involved follow their obligations under international law to ensure that environmental and human rights standards are met,” says Aina Grødahl, of Rainforest Foundation Norway (RFN)

Destruction of nature and settlements

A giant mine requires giant infrastructure. A hydropower plant and power grids are planned as well as roads, an airport and an upgrade of the seaport. Both untouched nature and areas with settlements will be affected. Several villages are proposed to be relocated.

Frieda River Ltd offers the mine as a ‘nation building project’ for Papua New Guinea and writes in their Environmental Impact Statement that it presents socioeconomic opportunities. They claim to have had “extensive and ongoing engagement” with those affected by the proposed mine.

The campaign group Project Sepik is of a different opinion. They say communities down river, who would suffer the most in the event of a dam break, have not been sufficiently consulted. Sepik is a seismically active area, and there is a risk of earthquakes strong enough to damage the tailings dam.

The reports find that Frieda River Ltd’s impact statement lacks critical information about a tailings dam. While the statement says that a dam failure would lead to loss of life, it lacks analysis on the probability of a dam break, as well as settlement plans for displaced villages.

“If we have a major earthquake or the dam breaks for another reason, if will be a catastrophe. The river and our way of life will be destroyed forever,” Emmanuel Peni told Rainforest Foundation Norway. He is from Korogu village on the Sepik River and is the coordinator of Project Sepik.

Mining is neither new nor uncomplicated in Papua New Guinea, which was ranked by Transparency International in 2019 as one of the world’s most corrupt country. Mining here is often associated with environmental destruction and conflict.

"Permitting the mining project entails an excessive environmental and safety risk, and does not have the support of the local community. The authorities risk a new and destructive conflict over natural resources, if they approve the license. We hope they listen to their people, says Aina Grødahl of Rainforest Foundation Norway.

Disputes over profit and environmental damage in the Panguna mine led to a decade-long civil war in the island of Bougainville, 30 years ago, killing up to 20,000 people. Crime and violence still occur in connection to the extractive industries.

Protests are often met with threats. Emmanuel Peni has experienced violence and threats from proponents of the mining prospectors. However, it does not stop him from continuing the struggle to stop the mining consession:

"This is not only Papua New Guinea’s river and rainforests, but Papua New Guineans are custodians of something belonging to the world, to the future. We are only vessels of the Sepik spirit that dwells to celebrate and protect it. We will guard it with our life".

The UN Special Rapporteurs signatories to the letter include the: 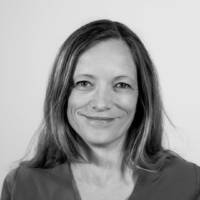