The trade agreement between the EU and four members of the trading bloc Mercosur (Argentina, Brazil, Paraguay and Uruguay) is high on the agenda for European policy makers and leaders.

A new YouGov poll shows that an average of 75% of respondents across 12 European countries agree that their governments should halt the ratification of the trade deal at least until the deforestation in the Amazon is stopped, even if this would reduce European exports to the South American countries. Only 12 % of the respondents wished to ratify the agreement despite ongoing deforestation.

The poll shows that the majority attitude is shared across all polled countries and within all political groups, although conservative voters tend to support immediate ratification slightly more than others.

The trade agreement is being negotiated at a time of extreme deforestation in Brazil, surging to a 12- year high in 2020.

“The Mercosur deal is important for the Brazilian government. Our message to European leaders is that any deal involving Brazil must be conditional on concrete measures and verifiable results to stop the catastrophic destruction of the Amazon rainforest. We are happy to note that the European public agrees. We hope European politicians will listen too”, says Marcio Astrini at Observatório do Clima, a network of Brazilian environmental NGOs.

Portugal exhibits the strongest opposition to ratifying the trade agreement unless deforestation is stopped. A massive 85% support the position, and a very small share (4%) remains undecided.

“Portugal is currently leading the EU presidency and has previously signalled its position in favour of ratifying the trade agreement regardless of Amazon deforestation. The Portuguese government would be severely out of step with their own population if they advance on ratification now”, says Larsen.

UK follows Portugal with 79%, France with 78 %, and Germany with 75 % of respondents who to some degree opposing ratification of the negotiated trade agreement unless deforestation is halted.

The Nordic countries seem somewhat less negative to signing the deal despite deforestation, but with still a clear majority opposing ratification now. The undecided rate was higher in the Nordic region than in the rest of Western Europe.

“Germany is generally seen as a supporter of the Mercosur agreement, which is expected to benefit German business in particular. It is therefore interesting to see that Germans are not only on the European average, but that the proportion of people who strongly oppose the deal is so high,” Larsen continues.

The results give Anders Haug Larsen reasons to be hopeful about the outcomes of the Climate and Biodiversity summits in Glasgow and Kunming later this year.

Only 10% of the respondents disagree with the concept of wealthy countries increasing their financial contributions to help poor countries fight climate change and protect biological diversity. Among right-leaning and moderate right-leaning voters, this is 24% and 14% respectively.

Finnish respondents reported the highest disagreement with providing any such financial support (18%), whilst Norwegian respondents' support for this approach was on the European average.

The survey was conducted by the YouGov analysis institute. A total of 12073 CAWI interviews took place in Norway, Sweden, Denmark, Finland, France, Spain, Belgium, Netherlands, Portugal, Germany, UK, and Austria, among respondents aged 18+ during the period of 12 - 21 January 2021. 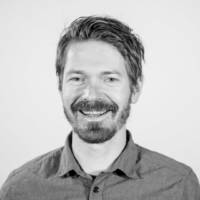