More than 500 years after Columbus reached the American continent, there are still many groups of the continent's original inhabitants that avoid contact and interaction with the foreign world Columbus brought with him.They are called by many different names: isolated tribes, uncontacted tribes, autonomous indigenous peoples, indigenous peoples in voluntary isolation. These are all terms that refer to indigenous peoples who live with little or no contact with other human societies.

They do not form part of, or even know about, nation states, monetary economy and the global society. They are not controlled by the rules and regulations of the countries they happen to live within. If people from the world outside approach them, they either fight or flee further into the deep of the forest. They are the world's last truly independent indigenous peoples.

Most of the worlds last isolated tribes live in the Amazon rainforest. Here, they are documented to still exist in six countries, with the vast majority in Brazil and Peru. The only other place on the American continent where there still are isolated tribes is in the dry forest of the Chaco region between Bolivia and Paraguay. These are isolated groups of the Ayoreo people, of which the first groups came into contact with European settlers in the 1920s.

The Ayoero has had a particularly brutal contact experience, and almost all of their land has been stolen from them. The last isolated Ayoreo groups must constantly flee from bulldozers that plough through their forest home to make way for cattle ranching and industrial farming.

Outside the South American continent there are isolated tribes on two places: one island in the Andaman archipelago in the Indian ocean, and on the western part of the island of Papua New Guinea called West Papua.

The Southeast Asian country Indonesia controls West Papua rigorously and have implemented strict rules that make it virtually impossible for journalists and researchers to access the region. Thus, there is little information about the situation for isolated tribes here. One thing is certain: if the development plans Indonesia has for the region is carried through, it will be catastrophic. Not only for the isolated tribes, but for most indigenous peoples that live in this very last substantially large stretch of tropical rainforest in Asia.

The North Sentinel Island in the Indian Ocean is in its totality inhabited by an isolated tribe called Sentinelese. Nobody else live on this island, and any intentions by outsiders to go ashore is met by fierce resistance from these unique islanders. The island is under Indian rule, and for now the Sentinelese is left alone. But there are strong interests for developing tourism and resource extraction on the island. The Sentinelese is believed to be direct descendants of the people who left Africa some 50-60 thousand years ago, which means that their language and culture may be among the world's oldest.

Their way of life

Due to the nature of the isolated tribe's situation, there is little information about their social life, cultures and languages. Population numbers are impossible to know, and very rough estimations are as far as we get. The more research we get on the existence of isolated tribes, the more it seems clear there are still quite a few out there we do not even know exist.

What is certain, is that the worlds last isolated tribes are all hunters and gatherers, some even exclusively. Many also fish and practice agriculture. Most live a nomadic lifestyle. Some take this to the extreme and seem to have no permanent settlements at all. Others are seminomadic, with more permanent settlements that they live in for longer periods of time before they move to other areas of their territory.

Common to all of them is that their wellbeing is completely dependant on, and interlinked with, a healthy forest ecosystem.

Told from the real world 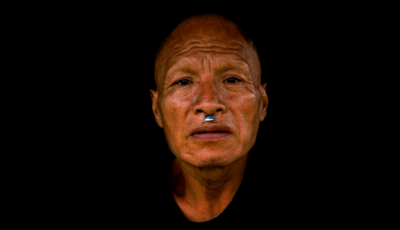 “My daughter is in there. Every night I see her in my dreams, and I know that some day she will join the others to come and fetch us” 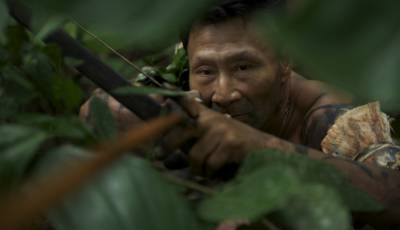 “The disease wiped out my family”

Juan and his tribe was contacted by loggers in the shelter of the rainforest. Within two months, half of the tribe was dead.

Most of the worlds isolated indigenous peoples live in the tropical rainforest of western Peru and northeastern Brazil. Here they share two enormous contiguous territories that combined are almost the size of the United Kingdom.

Isolated tribes are in danger

Why are the tribes being contacted? And why do some isolated tribes choose to end their isolation? Read more about the threats these people are facing.