Cut emissions and protect the planet. Phase out soy and palm oil now!

The European Union is currently negotiating a revision of the Renewable Energy Directive (RED) as part of the “Fit for 55” package to reach the EU 2030 climate goals. The negotiations are scheduled to end on 14 December 2022. The European Parliament has proposed an immediate phase-out of soy and palm oil from biofuels.

The EU Commission and Council must seize this historic chance to make sure that EUs renewable policies do what they are supposed to: Cut emissions and protect the planet.

RFN, therefore, calls on the EU institutions to adopt an immediate and simultaneous phase-out of soy and palm oil from biofuels in Europe, as proposed by the European Parliament, so that the revised RED contribute to solving the climate and biodiversity crises and protecting the rights of indigenous peoples and local communities, instead of exacerbating these crises and rights violations.

The current RED’s support for high deforestation-risk biofuels (such as soy and palm oil) to decarbonize the transport sector causes more emissions than the fossil fuels they are meant to replace. The current RED defines palm oil as having a high risk of Indirect Land Use Change (ILUC). This means expanding palm oil cultivation into carbon-rich areas such as forests and peatlands to meet rising demand.

A phase-out of the use of palm oil in EU biofuels is scheduled for 2030, but, given the urgency of the climate crisis and the importance of standing forests in mitigating climate change, this timeline is too little, too late.

Unfortunately, there is no phase-out for soy, as it is not defined as high ILUC-risk. This needs to change. 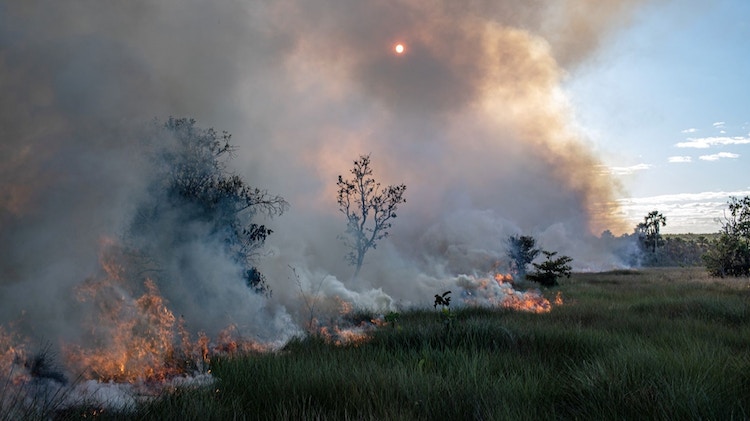 See why we need to phase out soy in biofuels - now.

Why is this phase-out necessary?

It is the total, global, demand for soy and palm oil which determines the effects on rainforests and people. It is important that soy and palm oil are phased out at the same time. Only phasing out palm oil would lead to palm oil being partly replaced by soy in biofuels, transferring the deforestation from one region to another.

At least 26 organizations, representing Indigenous Peoples and civil society in Brazil, Indonesia, and Europe, published a letter addressing members of the European Council and urging them to follow the position of the European Parliament and conclude that both palm oil and soy should be seen as high-deforestation risk feedstock and be phased-out immediately.

Tropical deforestation is driven by the relentless conversion of nature into industrial farmland for cattle grazing and cropland. Food crops like palm oil and soy are used as biofuel feedstock, including in the EU. Europe’s current support for high deforestation-risk biofuels to decarbonize the transport sector is doing more harm than good.

A new briefing published by Rainforest Foundation Norway finds that current EU biofuel regulations lead to an increase in carbon emissions from tropical deforestation. The briefing shows that the use of palm oil and soy-based biofuels does not lead to reduced carbon emissions, but rather does more harm than the fossil fuels they are meant to replace.

An additional report from the clean energy campaign group Transport & Environment finds that globally, the share of soy produced that went into biofuels had more than tripled to over 20% by 2021, with total absolute use of soy in biofuels increasing nearly 6-fold. In recent years, the use of soy in the EU’s biofuels mix has more than doubled.

RFN report- Biofuel to the fire

EU: Phase out soy and palm oil from biofuels now! 1 min without text

EU: Phase out soy and palm oil from biofuels now! 30 sec without text