In a letter to international climate funders, a group of leading environmental and human rights organisations warn of an impending climate and biodiversity catastrophe following a plan to lift a nearly 20-year ban on new logging permits in the Democratic Republic of Congo. The plan was announced by the Vice Prime Minister, Environment and Sustainable Development Minister, Eve Bazaiba in July.

“Securing indigenous peoples' lands – a priority for DRC President Tshisekedi, and substantial increase of support to community forest management should be strategic priorities for DRC, including in their partnership with the Central African Forest Initiative,"  he adds.

Should the moratorium be lifted as planned, the organisations warn that the area of DRC's rainforest handed out to timber companies could increase by 20 million hectares - an area the size of Britain. However, potentially as much as 60-70 million hectares of intact forest, home to thousands of local and indigenous communities and endangered species such as the lowland and mountain gorillas, forest elephants and the endemic Okapi, are under threat.

The Democratic Republic of Congo (DRC) has the world's second-largest  rainforest after Brazil. It is home to 40 million people, a carbon store and a biodiversity reserve of global significance. It is also a natural barrier against the spread of zoonotic diseases.

The plan to lift the national logging moratorium, in place since 2002, threatens to deepen the climate crisis at a time when the world is way off track to keep global warming to within the 1.5 Celsius above pre-industrial levels - the maximum needed to avoid the most devastating impacts of climate change.

“When the DRC Environment Minister announces an imminent lifting of the moratorium, she puts forest peoples’ rights at risk and forgets the role indigenous peoples play in the preservation of the country’s intact forests,” says Tørris Jæger, director of Rainforest Foundation Norway.

The INGOs urge DRC’s international development partners to ensure that further support, including the signature of a new 2021-2030 Central African Forest Initiative (CAFI) Letter of intent is conditioned on: 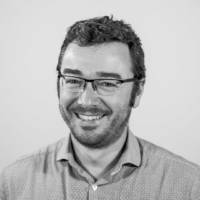